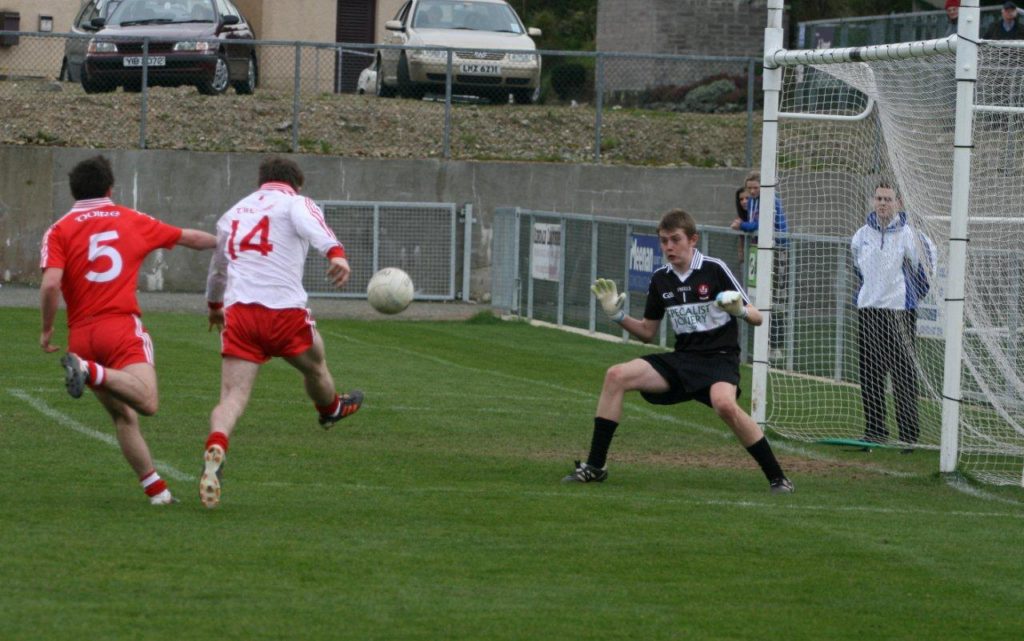 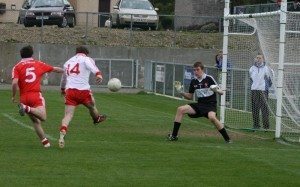 Tyrone minor footballers made it two in a row following this afternoon’s comprehensive win over Derry at Killyclogher in their Ulster Minor league fixture. In spite of playing into the strong breeze Mickey Donnelly’s side were 0-5 to 0-2 ahead by the 13th minute following good points from Cormac O’Neill 0-2, Sean Hackett, Rory Mc Glone and Mark Bradley. Tyrone could have been even further ahead but for a brilliant stop by Ciaran Mc Cloy in the Derry goals from the boot of Mark Bradley. However the home side did not have to wait too long for a goal when fifteen minutes in midfielder Sean Molloy burst through to hit the net. Derry looked all at sea at this stage but a fortuitous goal from Danny Tallin brought them back into the game and by half time they trailed by three points 1-8 to 1-5.
The second half saw Tyrone move further ahead with a Cormac O’Neill goal twenty seconds after the restart. This score sealed the game for the Red Hands and in spite of making five changes there was no let up in terms of performance. In fact had Tyrone been more clinical and accurate they could have added another three goals with their most glaring miss being from a Mark Bradley penalty in the 11th minute of the second half.
Derry were reduced to fourteen men following a second yellow card for their full back Ryan Mc Donnell and Tyrone ended the game comfortable 2-18 to 1-9 winners. Next up is Donegal in Ballybofey this day week.