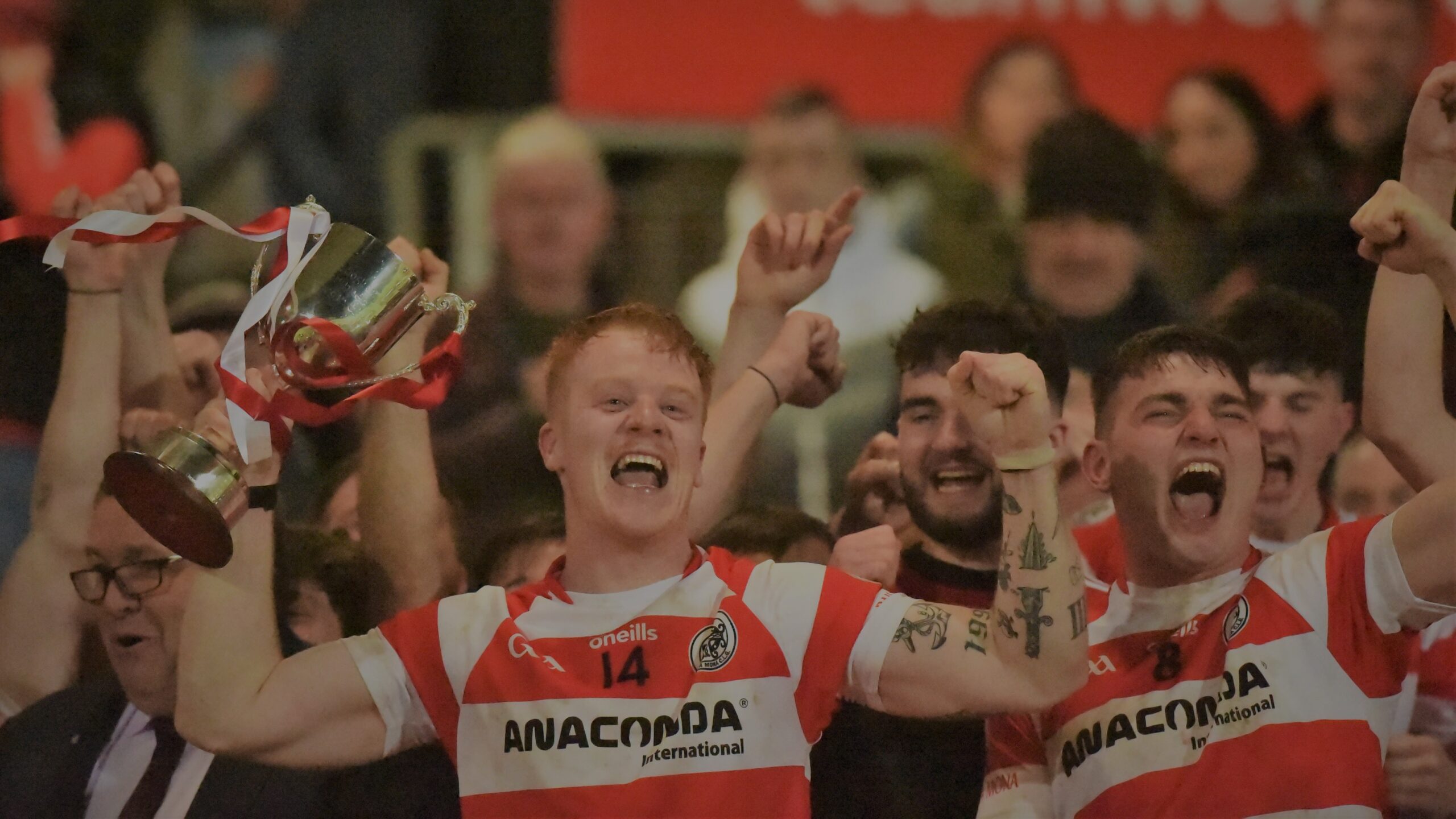 Moortown justified their favourites tag to lift the LCC Intermediate championship when they ran out deserving five point winners over a gallant Owen Roes side at O’Neills Healy Park on Saturday evening.

It was a keenly contested game from start to finish with the Loughshore men having three clear cut goal chances over the course of the sixty minutes which they failed to take. On the stroke of halftime Owen Roes were dealt a blow when they had defender Damien McCrossan sent off but to their credit they battled to the final whistle to make their Loughshore opponents work for it but their shooting let them down as they posted 11 wides. The St.Malachys though kept their composure throughout to make a welcome return to senior ranks for 2021.

It was the experienced Peter Devlin who opened the scoring for the winners in the 2nd minute with the first of his six points but within sixty seconds Cathal McShane had levelled matters at the other end of the field from a free. Centre half back Stephen Kelly then edged Owen Roes in front with a terrific long range effort from play and by the first water break it was 0-3 each with another Devlin brace and Seamus Dooher on target from a mark.

Owen Roes failed to score for the rest of the half and that fact combined with the sending off meant that it was the crucial spell in the game. The superb Brian McLernon finished off a flowing move for a point to give Moortown a lead that they were never to lose and a Devlin mark was followed by efforts from play from Shaun Conway and Paudraic O’Hagan for a 0-7 to 0-3 interval advantage.

Owen Roes needed a good start to the second half but it was Moortown who picked up where they had left off with target man Devlin scoring from another mark before they should have had a goal when a brilliant move involving a number of players ended with Lee Kelly crashing a 33rd minute shot off the crossbar. A brace of frees from McShane gave Owen Roes hope before Con Herron replied for Moortown. In the 44th minute another superb Moortown move sliced open the Owen Roes defence but this time Shaun Conway’s shot struck the post before being cleared.

McShane then hit an outstanding point from out on the left wing with his weaker left foot and with eleven minutes of normal time still to play only a single score separated the two sides, 0-9 to 0-6. Owen Roes piled on the pressure but a resolute Moortown defence stood tall and the St.Malachys soaked it all up before hitting their opponents on the break for Devlin to fist over and substitute Paul Quinn to put the icing on the cake with a point deep into injury time.