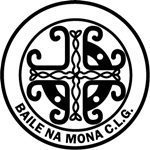 Moortown produced an outstanding second half display to beat Loughmacrory by a convincing twelve point margin, 2-12 to 0-6, in the division two promotion play-off final today at Kildress, earning themselves a crack at either Kildress or Aghyaran for a place in senior football next season.

A superbly taken early goal from Conor Herron gave Moortown the perfect start but it took a great save by Colm Spiers to deny Pearse Gallagher an equalising goal moments later following a tremendous defence splitting pass by Stephen Donaghy.

The rest of the first half was evenly contested, with Enda Ward (two frees), Gussy McAleer and Noel Kelly slotting over fine points for Loughmacrory and Michael Hagan, Dwayne McVey and Philip Muldoon hitting the target for the St Malachy’s, leaving the game nicely poised at half-time with Moortown two points in front, 1-3 to 0-4.

However, it was a totally different story in the second period as Moortown really turned on the style, producing their best performance of the campaign. They were given a huge boost in the second minute of the half when Loughmacrory keeper Donal Ward lost possession as he was trying to clear the ball, which presented a simple goal chance to the Loughshore
men and allowed Dwayne McVey to give them a 2-3 to 0-4 advantage.

Moortown’s confidence began to soar as the second half progressed and they pulled seven points clear with brilliant points from Michael Hagan and midfielder Tony Quinn.

Enda Ward pulled one back for the St Teresa’s but there was no stopping the St Malachy’s at this stage and they displayed lots of quality as they swept into a nine point lead with further points from play courtesy of Conor Herron and Muldoon.

With PJ Quinn leading by example at full back for Moortown, the contest looked as good as over midway through the second half and after Ryan O’Brien had coolly notched Loughmacrory’s final score of the match, Moortown proceeded to increase their second half tally to an impressive 1-9 with more great finishing by Dwayne McVey, Michael Hagan and substitute Colum Campbell (two), whose final effort was a truly magnificent kick from a sideline ball.

Moortown are now an hour away from a possible return to the top division in Tyrone and a repeat of their second half exhibition against Loughmacrory will make them very hard to beat when they take on Aghyaran or Kildress.
For Loughmacrory, the season has ended in great disappointment, with the absence of so many key players throughout the season eventually taking its toll on their promotion bid.