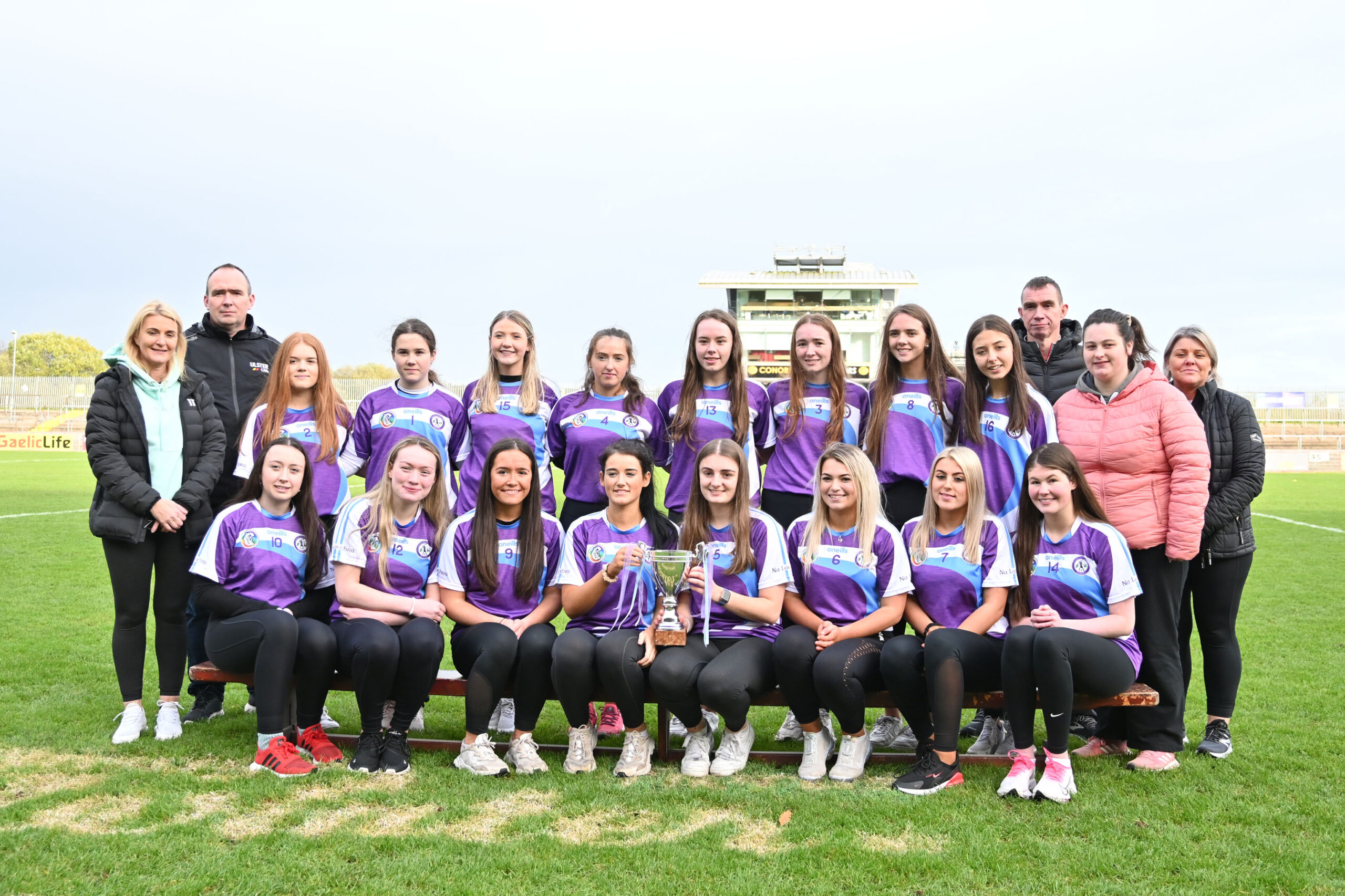 The Tyrone hurling county final as always is the blue-ribbon event for supporters of the small ball and again this year we were treated to excellent fare.

It was therefore fitting that this occasion also witnessed a little bit of history as Na Laochra were presented with the minor League title. The first time ever a minor camogie team from West Tyrone have won a minor title.

Na Laochra is a relatively new club having been formed in 2016 and are an amalgamation of youth players from Fr Shields in Greencastle and Eire og Carrickmore. Both compete at senior level but there was concern that with so few players coming through from underage that both clubs would struggle to sustain their senior teams as quite simply the low of numbers of young Camogs prevented any sort of a competitive team at both Under 16 and Minor level. This resulted in a failure to fulfil fixtures and inevitable high levels of player drop out.

All that changed with the arrival of Na Laochra. Both club senior teams are now being supplied with young players coming through. Fifteen players from Saturday’s Eire Og’s senior squad who played in the Ulster Club came through Na Laochra. Likewise, over 50% of the Fr Shields senior squad have played underage with Na Laochra.

Obviously, this progress has helped develop these young players, but no one could have foreseen the annexing of a minor title as at this level there is such a high level of competition. Not least because this year saw the arrival of current Armagh minor champions Ballymacnabb who entered the league to play extra competitive games.

For Na Laochra to finish top of the league with maximum points was no mean achievement and they had to do it the hard way. Throughout the season they had to consistently perform and many of their wins came in the final minutes of the game as they displayed that great spirit of never knowing when they were beaten.

Unfortunately, the cancellation of the final league game due to a Covid outbreak prevented the presentation of the league trophy. However, a little bit of joined up thinking and cooperation between the Tyrone Camogie Executive and the Tyrone County Board Na Loachra were presented the trophy by Tyrone Camogie Chairman Tony Cassidy