New Kid On The Block Lafferty Looks A Likely Lad 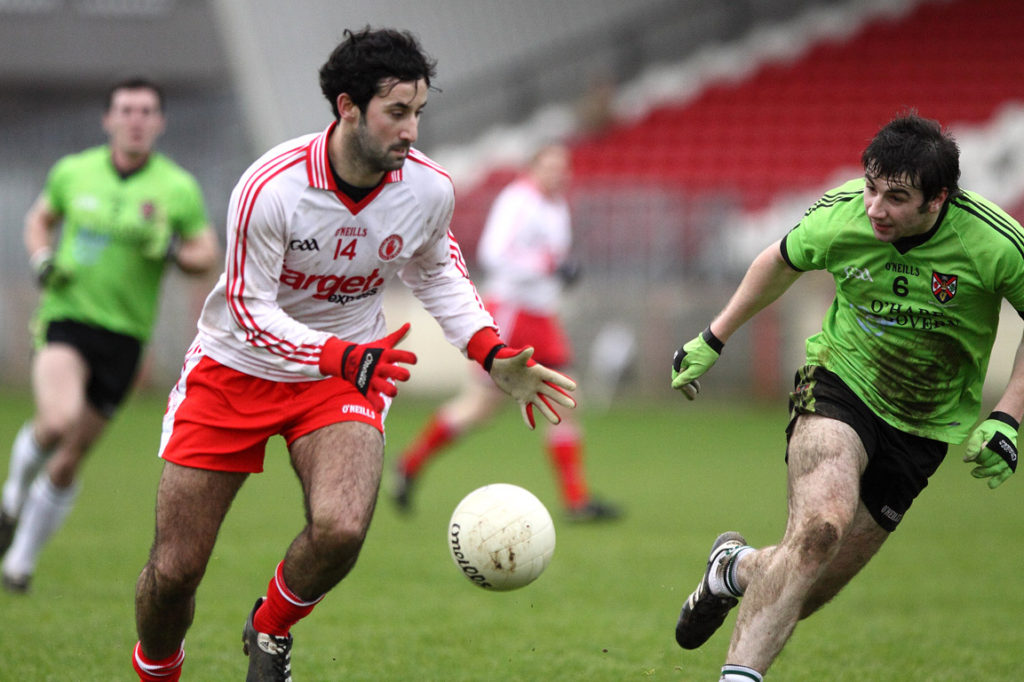 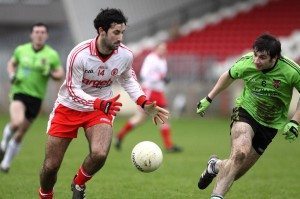 While it may not have been vintage Tyrone there was much to be happy with following this afternoon’s performance against QUB. Granted Tyrone assistant manager Tony Donnelly mentioned one or two things after the match that the team will want to work on but there were several very pleasing aspects to the game and to the win. It should be remembered this was a very young and inexperienced side the bulk of whom were playing together competitively for the first time. They took a while to settle but when they got to the pace of the game they looked well capable of playing some sublime football.

Top among the performances today was the display of new boy Johnny Lafferty who settled in very quickly to the task and produced a very solid debut which saw him score three points and have a hand in several more. Indeed had midfielder Colm Cavanagh opted to pass when breaking through on goals late in the first half the Urney man could have capped a fine performance with a goal as well. Overall though the twenty five year old forward will be delighted to have done so well on his first senior inter county game. For a player playing his first game the nerves can sometimes get the better of him but Lafferty was very composed all through the game and contributed handsomely to the team’s victory. He will of course be only too aware that there will be tougher tests and plenty of battles ahead but as the old saying goes “a good start is half the battle” and Johnny Lafferty made a fairly good start today.