Omagh & Killyclogher Through In Ladies Quarters 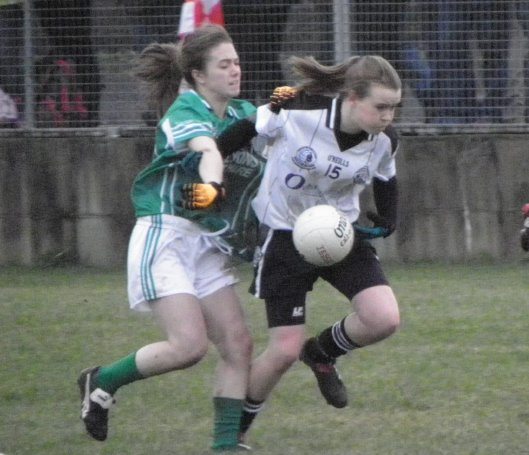 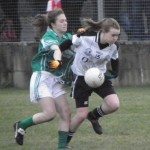 Friday night saw the start of a very busy weekend of action in ladies football. In the Intermediate Football Championship last year’s beaten All Ireland Junior finalists had a fairly comfortable win over Clan na Gael on a scoreline of
Mna Naomh Eanna 3-11 Clan Na Gael 1-6
Meanwhile Omagh’s close neighbours and great rivals Cappagh defeated Fr Rocks in their clash at Ballinamullen. Aisling Porter and Teri Mc Cusker bagged a brace of goals apiece in a hard fought 5-10 to 3-10 win. It was a very solid team performance from the winners with Aideen O’Neill and Anna Nugent both outstanding in defence.
With the Aghyaran V Moy game still to be played this weekend the semi final draw is as follows:
Omagh V Trillick and Cappagh will play Moy/ Aghyaran.

In the Junior Football Championship there was an entertaining game between high flyers Loughmacrory and Strabane which resulted in a win for the Loch on a final score  of
Loughmacrory 6-15 Sigersons 4-8.

Meanwhile in the minor championship Errigal Ciaran made the long trip to Plumbridge to take on an ever improving Glenelly side. The home team emerged the victors after withstanding a strong comeback from an Aine Canavan inspired Errigal side. Canavan junior scored 1-1 on the night but credit must be given to the determined manner in which Glenelly managed to deal with the threat from the Errigal girls. The home side went in at the break 1.6 to 0.4 up after a slow start. Any thoughts of victory or complacency received a severe shock when Errigal blasted in two quick goals minutes into the 2nd half. However in spite of these setbacks Glenelly regained their composure and proved the stronger side pushing forward in numbers and defending resolutely when required. Errigal played some great football in the second half as they fought to close the deficit but just came up short at the end. The final score of 4.8 to 4.6 shows how little there was between the teams in a game that was a great advert for ladies football.