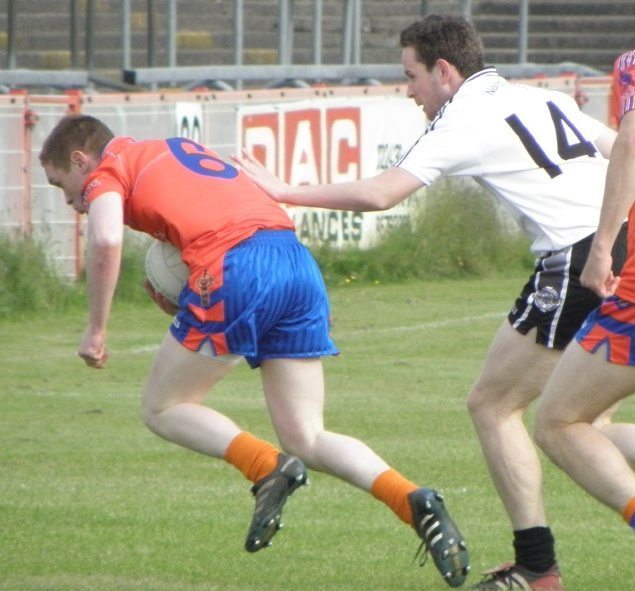 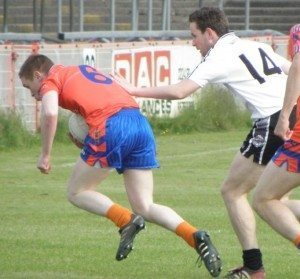 Brian Mc Guigan captained Ardboe this evening in their Division One clash with Omagh and must have though his team was set to go home with the points as they led 0-9 to 0-8 with thirty second half minutes on the clock. However Omagh engineered two late chances which were converted by Conor O’Donnell to snatch a late, late win for the home side.
Ardboe will regret the number of missed chances they had in the second half as the normally reliable Mick Hagan seemed to have forgotten his shooting boots. The sides were level at five points a piece at the break but having faced the breeze in the first half Omagh would have been confident of winning this one. However the second half began with Brian Mc Guigan pulling the strings and Ardboe moved three ahead with Mc Guigan himself, Ryan Coleman and Mick Hagan all on target. Omagh struggled to win break ball around the midfield and were in trouble at full back but a couple of switches offered them hope and when they began to get on top in the middle of the park they narrowed the gap to one courtesy of points from O’Donnell and Cathal Mc Carron.
However their persistence and doggedness meant they kept plugging away and those two late O’Donnell scores ensured another two points for Liam Grugan’s side. Final score Omagh 0-10, Ardboe 0-9.