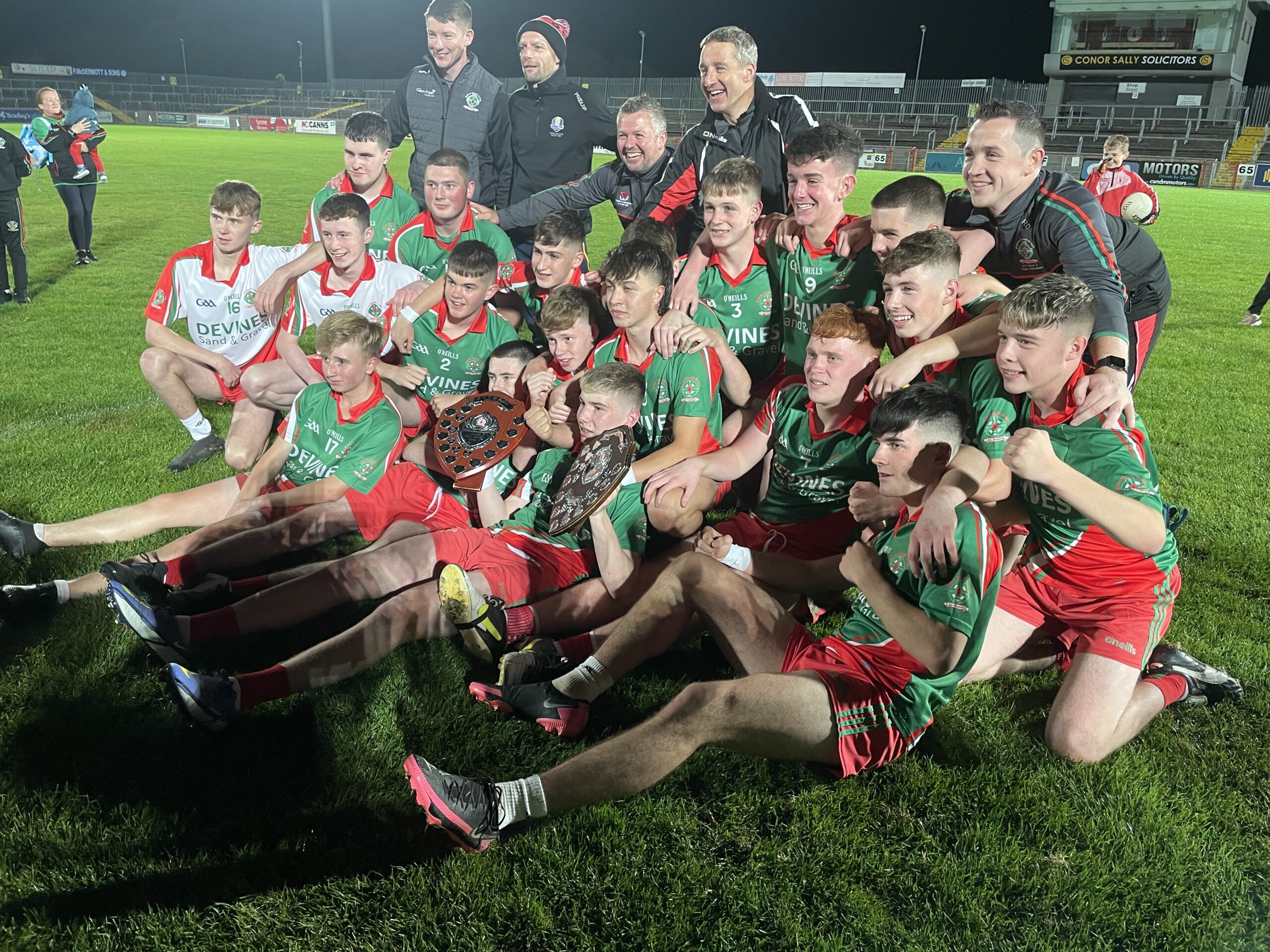 Owen Roes/CNG and Moy served up a championship final to remember at O’Neills Healy Park on Wednesday evening before the north Tyrone amalgamation came back from eight points behind to win 1-14 to 3-7. This was end to end football with both sides giving their absolute all in search of the win. 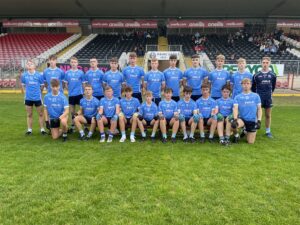 Man of the match Aiden Hegarty dragged his side back into the game with an incredible second half exhibition of shooting during the closing twelve minutes as Owen Roes/CNG set about turning the game around and lifting the double. 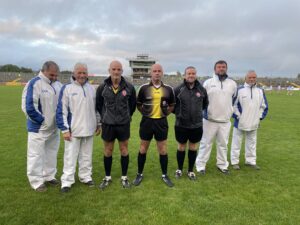 Moy opened the scoring when full forward Liam Mc Geary fired over after the Owen Roes keeper had made a stunning, point blank save. Robbie Conway responded for the north Tyrone side but it was Moy who had settled better and two minutes later they got their first goal of the game when Luke Mullen fired to the net. Stung by conceding this goal Owen Roes fired over four points in a row from Conway and Aidan Hegarty (3) to level the scores. Moy responded with points from Patrick and Liam Mc Geary to go in at the break leading 1-4 to 0-5. Indeed had it not been for some inspired goal keeping by Ronan Ward for the Roes, Moy could have been even further ahead.

Owen Roes began the second half well with points from Hegarty (2) and Conway to lead for the first time. Just when it looked like the momentum was swinging in favour of Owen Roes back came the light blues. Another Patrick Mc Geary point levelled the game before goalkeeper Ryan Mc Alary carried the ball the length of the field and popped it over to put Moy in front again. Things got even better for Moy as they bagged a brace of goals in the space of four minutes courtesy of some fine finishing by Cathaoir Hughes. A minute late Ryan Mc Alary was called from between the posts once more to convert a forty yard free and put Moy 3-7 to 0-8 in front.

The clock showed twelve minutes remaining and most spectators present must have thought it was all over.

Once more however the north Tyrone lads dug deep. Billy Doherty was introduced and he enjoyed a hugely productive final quarter winning oceans of ball and using it wisely. Ryan Kelly ventured forward and started the comeback with a point from distance. There were still seven points between them but Owen Roes/CNG began to win those fifty fifty balls that can change the course of a game. Corner forward Hegarty broke through and fired to the net to reduce the deficit to four with eight minutes remaining. He followed that up with four points in a row to tie the game as the clock ticked into added time.

There was always going to be one final chance for one of the teams and it looked to have fallen to Moy when they won possession from Mc Alary’s long kick. Unfortunately for them they were called for over carrying and their opponents made hay.

The ball was switched and moved forward where Doherty once again was involved. The Moy defence was focused on preventing the ball getting to Hegarty but this time up stepped midfielder Daire Mc Gonigle to swing over the winning score as the referee called full time.

The north Tyrone lads and their supporters celebrated the winning of a hard earned league and championship double but they were well aware they had been pushed all the way by a very young but very talented Moy side.