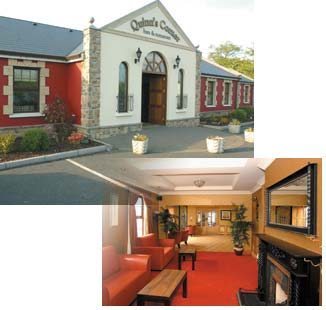 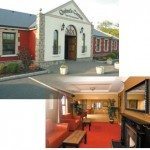 The third round of the Quinns Corner Ulster Club leagues took place at the weekend and there were once again mixed results for Tyrone teams. Derrylaughan played host to Trillick at the Loughshore and goals from Shea Coney, Colm Robinson and Liam Gervin gave the Kevin Barrys a narrow 3-8 to 2-10 victory, Shane and Niall Gormley among the scorers for the St.Macartans. Dromore and Moortown were also involved in an all Tyrone affair and it was the St.Dympnas who maintained their perfect start to the season with a high scoring 4-12 to 2-11 win at home to the St.Malachys. Star of the show for the County champions was Eoin McCusker who weighed in with an impressive individual haul of 3-5 with Ciaran McCoy getting their other goal.

Donaghmore played host to Magherafelt at Father Devlin Park and the St.Patricks emerged 2-14 to 1-12 winners. Aidan McCloskey scored a first half goal with Deasun Quinn finding the net after the break while Matthew McGahan, Shane Mulgrew and Conor McGinn all contributed points as well. In the same group Ardboe also accounted for Derry opposition when they edged out Glen at the Loughshore. Brian McGuigan scored the only goal of the game with Kyle Coney, Anthony Devlin and Eugene Martin notching ten points between them as it finished 1-11 to 0-13.

In the Ulster Intermediate league only one of Tyrone’s four representatives suffered defeat at the weekend. That was Stewartstown when they lost out to a strong MacCumhaills side away from home while Aghyaran drew on their travels at Foreglen. Clann na Gael picked up two points when they defeated Darragh Cross 2-5 to 0-5 at home while Strabane continued their perfect start to the campaign with an emphatic 3-10 to 1-4 win away to Antrim side Glenavy. Strabane led 2-6 to 1-3 at the interval with Paddy Roarty and Ethan O’Kane both finding the net for Sigersons. Roarty added a third goal in the second half as Strabane coasted to victory and now look forward to a home game this Sunday against Naomh Bríd, Balintra.