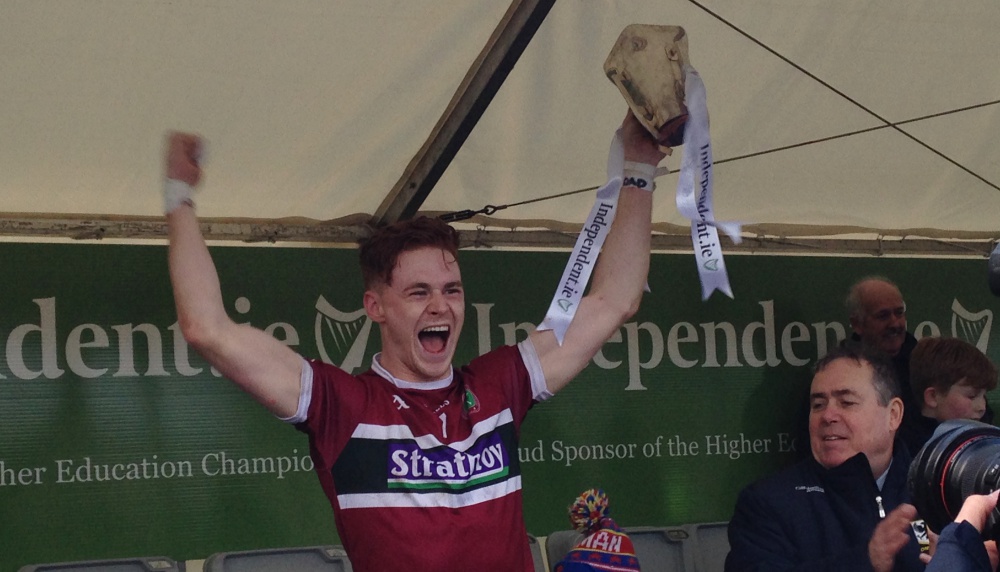 Grit, determination and no shortage of footballing knowledge saw St Mary’s University College Belfast land only their second Sigerson Cup title in Mayo this afternoon.  It was a backs against the wall performance from the St Mary’s men who once again recovered from a nightmare start to the game after conceding two early goals to Colm Basquel.

The St Mary’s side recovered with some excellent points from team captain Conor Meyler, Oisin O’Neill and Cathal McShane.  Killyclogher man Conall McCann was in super form during the opening half kicking a couple of excellent points to haul St Mary’s back into the game.

After the break held firm thanks to some excellent defending from Down man Kevin McKernan, Kieran McGeary and Colm Byrne.  Ruairi Mooney was also in excellent form at full back.  UCD pushed hard to force a draw but the scores didn’t arrive quickly enough and the Ranch held on for a remarkable victory.