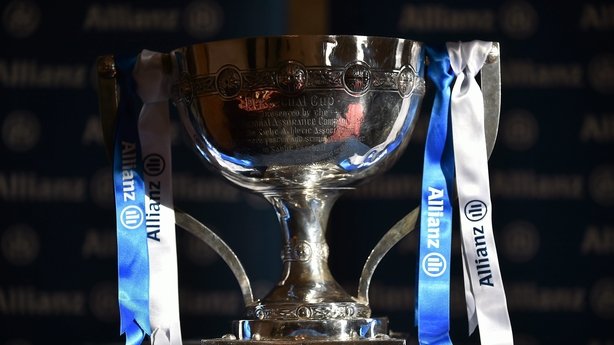 An evening to forget for the Red Hands in a game that was effectively over well before the break. If Feargal Logan and Brian Dooher wanted to know how close they were to the top two this evening confirmed that there is plenty of work to be done.

Bar the excellent Darren McCurry the rest of the team underperformed and in fairness if they could have picked one game for that to happen then it would have been this one.

Five times Kerry found the Tyrone goal in the opening 35 minutes. Gavin White even managed to find Niall Morgan absent from the goal to fire home from close to the 45 metre line. The damage was done in the two minutes ahead of the water break. Kerry moved from 1-1 to 0-3 to 3-1 to 0-3 in that space of time.

David Clifford fired home the first major in the 5th minute from the penalty spot ahead of that White goal and by the first water break Dara Moynihan had added a third.

Two points from Kieran McGeary and another brace from Darren McCurry did give Tyrone some hope after the early penalty setback but the ease at which Kerry found the net in the opening half left Tyrone well adrift by the break.

Paul Geaney added Kerry’s 4th goal in the 30th and he scored a second just head of the short whistle to leave the scoreline 5-6 to 0-7 at half time.

Tiernan McCann appeared for the second half and he managed to fire home a goal in the 42nd minute. Further scores from McCurry, Harte, Sludden and Rory Brennan moved Tyrone up to 1-10 but Tyrone’s brief lead in the second half was cut short as Killian Spillane and Michael Burns chipped in with a brace of points ahead of a sixth Kerry goal off the boot of Jack Barry.