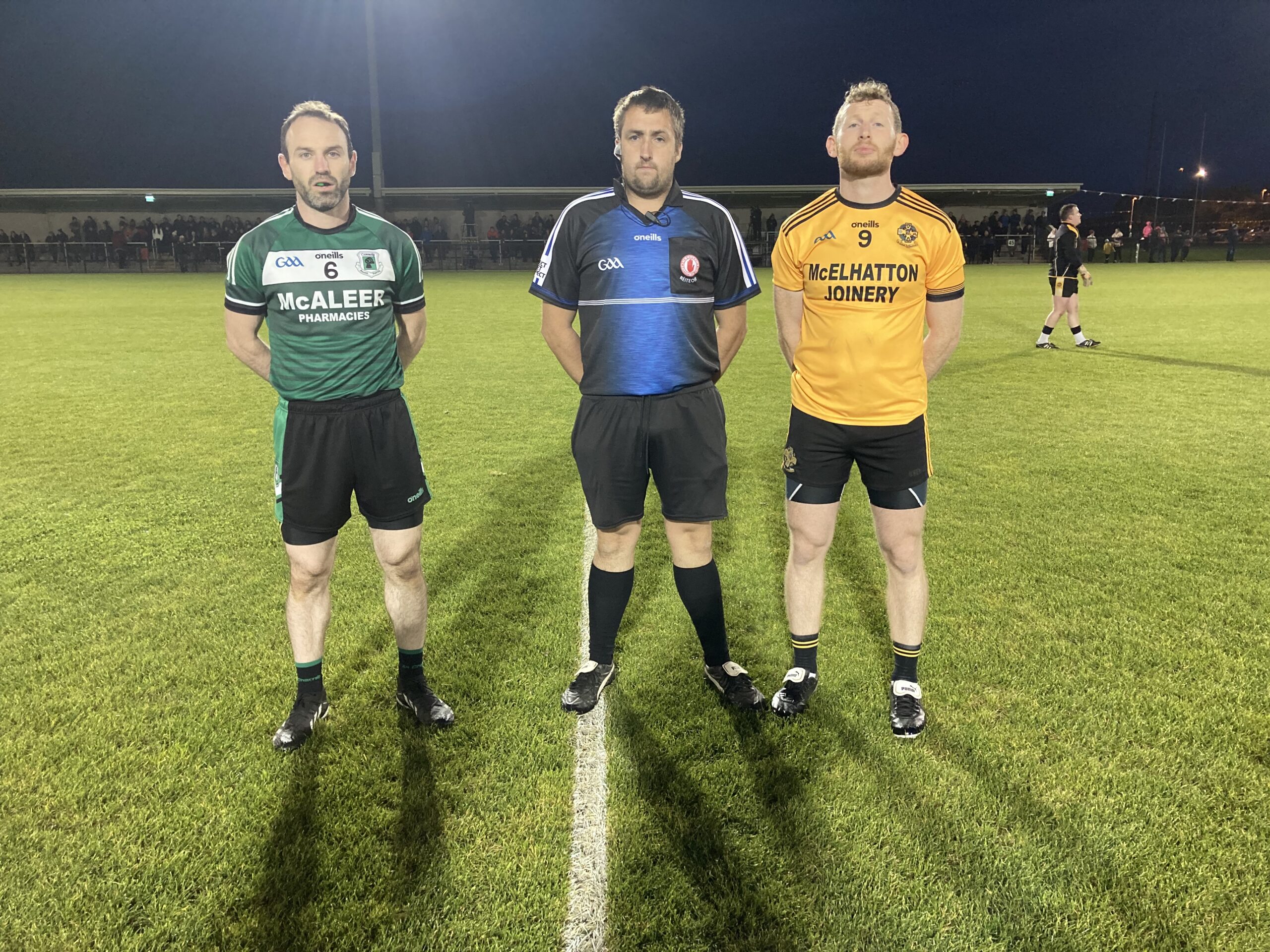 Monday night’s LCC Intermediate Championship fixture saw Rock produce a very impressive display of controlled football played in difficult conditions to see off the challenge of a very disappointing Augher side at Garvaghey.

Rock began well with Conor Mc Creesh, Aidan Mc Garrity and Thomas Mackle hitting early scores. Augher were struggling in defence but managed to draw the game level courtesy of points from Eoghan Keenan and Declan Connolly (2). Conor Mc Garrity and Connolly swapped points before the water break and as the teams broke they were tied at four apiece.

However Rock began the second quarter on fire hitting 1-3 in the space of three minutes and putting clear daylight between the teams. Diarmuid Carroll hit the goal while Aidan Mc Garrity and Conor Mc Creesh shared the points. Raymond Mc Elroy broke that run of scores in the 24th minute for Augher but Rock finished the half with two fine Conor Mc Creesh points to go in at the break leading 1-9 to 0-5.

The second half was played in incessant rain and made good football difficult. The slippery conditions resulted in many missed opportunities and spilled possession from both sides. Rock opened the second half with an Aidan Mc Garrity point and things went from bad to worse for Augher when shortly after they lost midfielder Charlie Cawley to a second yellow card.

From then until the end Rock controlled the game and possession and kept their opponents at bay. Augher continued to battle hard and a brace of points from Darragh Kavanagh reduced the deficit but made little difference to the tempo of the game. Conor Mc Creesh pointed before corner forward Padraig Ward hit the net for their second goal of the game.

Augher did finish the game with three unanswered points from Aidan Mc Elroy, Darragh Kavanagh and Martin Mc Elhatton but the result was never in doubt and finished 2-11 to 0-10 in favour of Rock.