Home | Ronan O’Neill Looks Ahead To U21 Replay

Ronan O’Neill Looks Ahead To U21 Replay 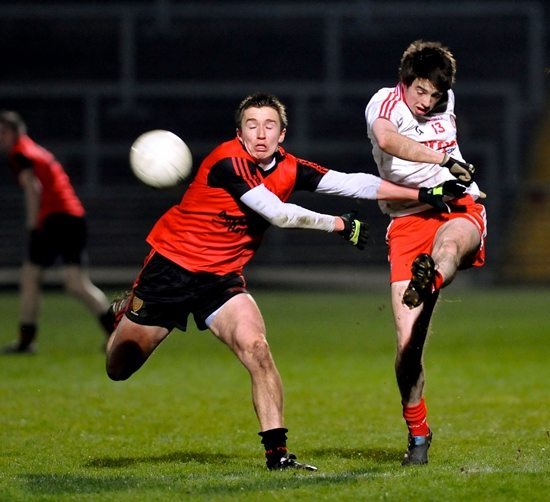 It’s all to play for at Healy Park tonight between Tyrone and Down in their U21 quarter final replay at Healy Park with Monaghan waiting the winners in the last four. Ronan O’Neill top scored for the Red Hands with six points in last week’s 0-15 to 1-12 stalemate and he is eagerly looking forward to the replay.

“We knew when the draw for the championship was made that it was going to be tough against Down in Newry and that’s how it worked out. It was a great game of football and either side could have won it but I feel that we were perhaps lucky.

There were plenty of mistakes and some positives as well and hopefully we will learn from that for the replay. We have to put them under pressure from the start this time round and with a bit of luck we will get the right result.”