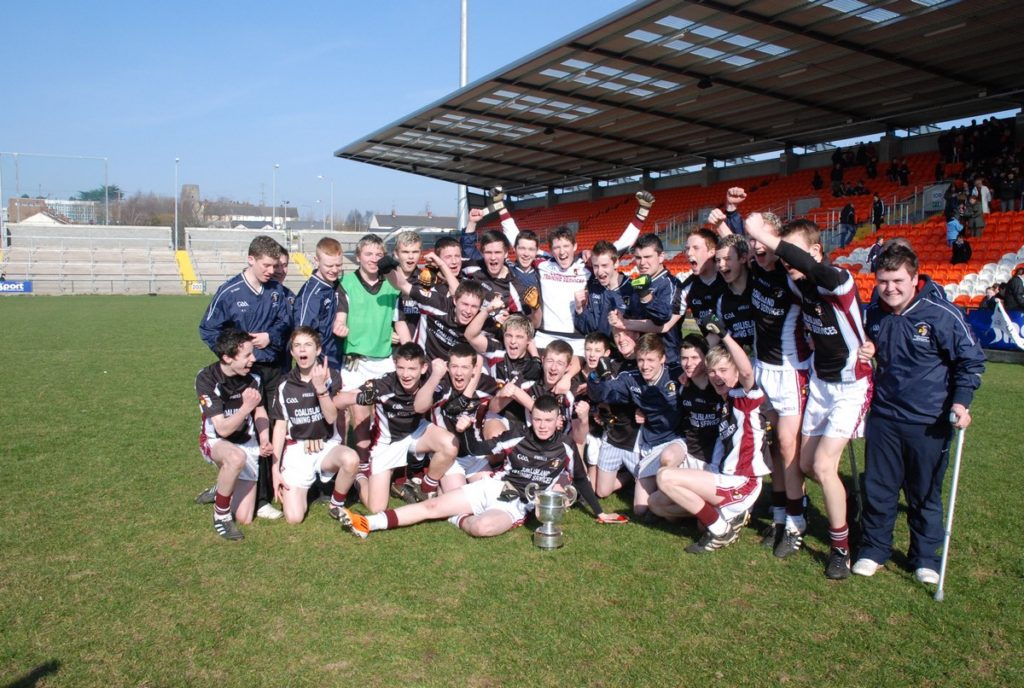 Ulster champions St.Joseph’s Coalisland’s hopes of reaching the All Ireland U16 Vocational Schools final ended at Inniskeen on Saturday afternoon when they lost out to Leinster champions Cnoc Mhuire from Granard.

The Tyrone lads were the better side for most of the first half as they raced into a 0-6 to 0-2 lead with team captain Daryl Magee scoring three points and Daniel Lowe grabbing a brace but the Longford champions finished the half strongly and two points from Mattie Gorman coupled with a Ciaran Mallon goal saw them lead 1-4 to 0-6 at the break.

A Magee free levelled matters on the restart but Coalisland couldn’t get their noses in front. David McGivney, Aidan McElligot and Mark Kieran all had Granard points and while Magee responded for Coalisland it was the Leinster lads who booked their place in the decider despite having McGivney sent off late on.