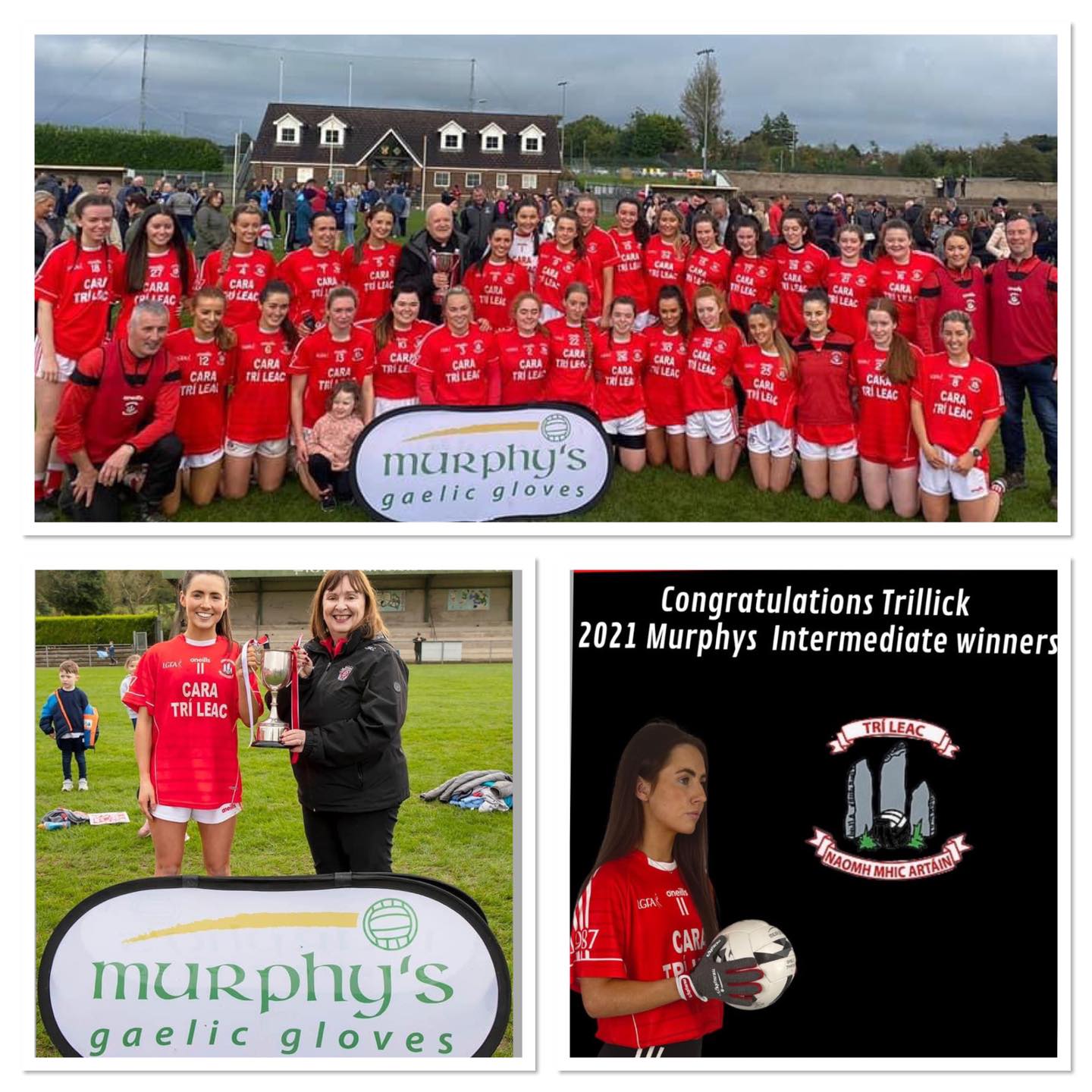 Trillick claimed the 2021 Murphy’s Gloves Intermediate Championship after a very commanding display against Cappagh at Fintona on Sunday afternoon. Four points separated the sides at the break with Trillick leading 2-8 to 2-4. Goals from Fiona Owens and Shauna Mc Gurren gave the Reds the perfect start to the second half and helped put Trillick on the way to a comfortable 6-12 to 2-10 win.

Cappagh looked nervous early on and this allowed Trillick to create a number of chances resulting in points from team captain Dearbhaile Gallagher and Fiona Owens. Cappagh responded well with points from Caitlin Kelly (3) and Teri Mc Cusker to move 0-4 to 0-2 in front. Trillick then enjoyed something of a purple patch with goals from Edel Gray and Emma Brennan and points from Brennan, Grace Mc Guinness, Fiona Owens and Mya Williamson to lead 2-7 to 0-4.

Many Cappagh supporters began to fear the worst but their team responded brilliantly in the closing minutes of the half when Caitlin Kelly converted a twenty eighth minute penalty just before Kerry Quinn made a fantastic run to get on the end of a pass from Kelly and finishing low to the net. Suddenly it was game on and Cappagh were only three points behind. There was still time for Trillick to score again as Emma Brennan landed a late point to leave the half time score 2-8 to 2-4 in favour of Trillick.

Cappagh came out for the second half knowing a good start was important. Unfortunately for them Trillick were aiming for the same and it was the Reds that started best. With midfielder Cathy Kane outstanding Trillick turned the screw and hit two goals inside the first seven minutes of the second half courtesy of Fiona Owens and Shauna Mc Gurren. Caitlin Kelly responded with a brace of points for Cappagh.

Trillick were beginning to go through the gears and find spaces where none had existed in the first half. Mya Williamson and Emma Brennan added points before substitute Cathleen Kelly struck for her team’s fifth goal.

Trillick dominated the remainder of the game with Shauna Mc Gurren hitting their sixth goal and further points from Fiona Owens and team captain Dearbhaile Gallagher. Naomi Mc Anulla and Caitlin Kelly added points for Cappagh but Trillick were not to be denied and they finished deserving winners on a final score of 6-12 to 2-10.