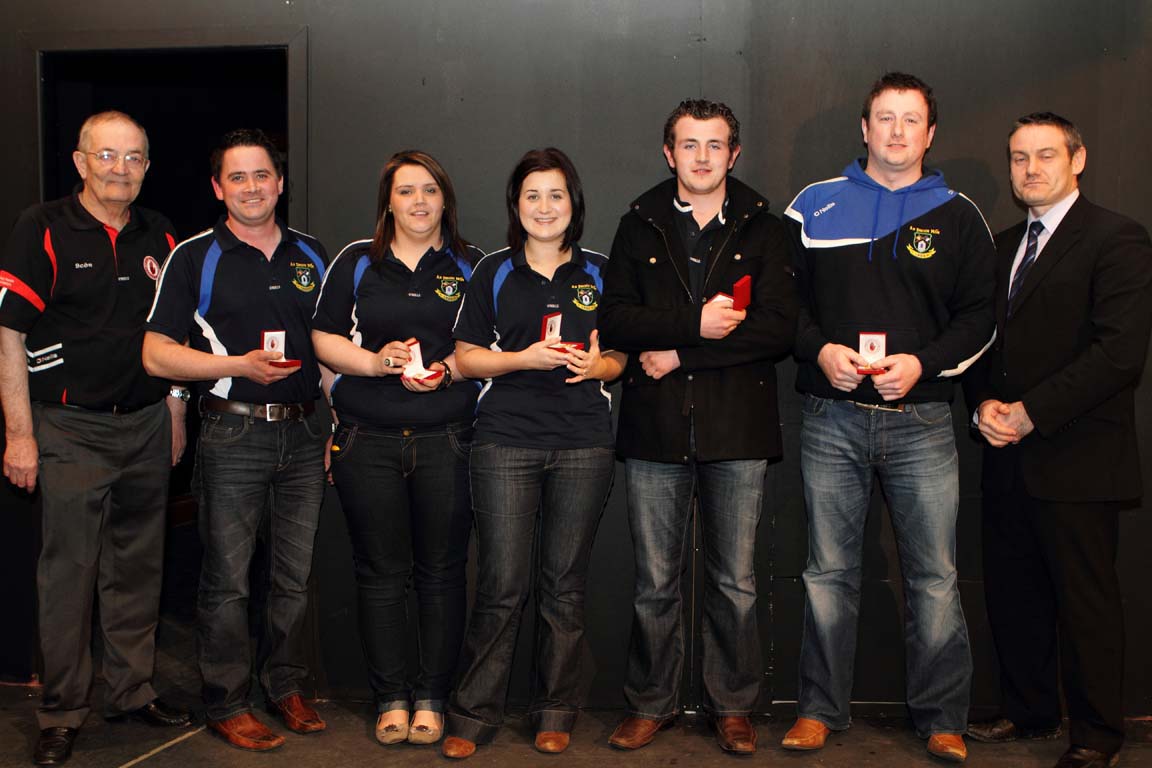 Tyrone Scor competitors travelled to Newry on Saturday night to compete in five of the eight disciplines in the Senior Scor Final and came away with Ulster titles in three of them. Killyclogher secured wins in the Ceili Dancing and Ballad Group while Dromore produced an excellent performance to pip Mullahoran of Cavan and Down champions Darragh Cross to win the Instrumental Music title. Indeed Killyclogher were unfortunate not to have had further success when their Novelty Act was pipped in a very tight competition by Sean Mc Dermotts of Monaghan. Tyrone picked up the Patsy Nugent Cup for being the most successful Scor county in Ulster based on the number of provincial titles won in Scor na nog and Scor Sinseir and Tyrone Scor Chairman looked a very happy man as he carried the trophy from the hall.

The new Ulster Champions can now turn their attentions to representing Ulster in The All Ireland Final which will take place on the 9th of April in The INEC Centre in Killarney. Congratulations to all the competitors for representing their clubs and their county so well.