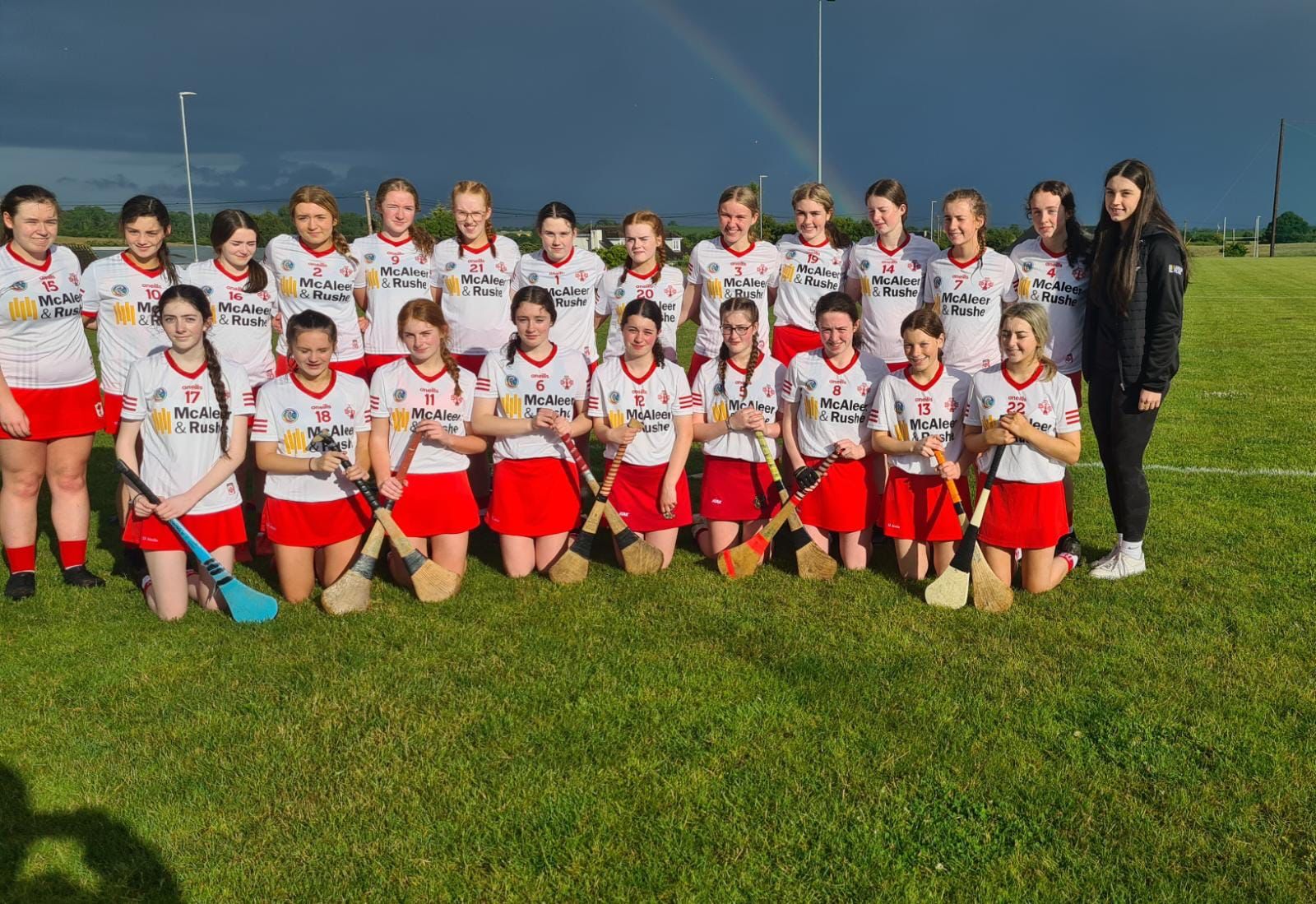 Tyrone Under 16’s began their All Ireland Championship campaign by travelling to Darver in County Louth to take on the home side in their opening fixture.

The Wee County opened the scoring after their goalkeeper made two excellent early saves. Eva Cullen was able to settle the Red Hands with two quick points before her Edendork teammate  Catherine Moohan added to the score board. Louth started to pick up the pace but midfielder Órlaith McElduff demonstrated the skills which gained her the recent Tyrone poc fada title with some perfectedly placed balls into the forward line. Rhainne McLoughlin and Caitlin Leonard, who was reading the game superbly, added to the tally and the impressive Louth goalkeeper was the reason that they were able to keep the half time score down to Tyrone 0-12 to Louth 1-3.

After the break, Naimh McElduff hit the net for the first time. Tyrone added further majors from Cullen while Siobhán McNulty bagged the first of her hat trick. Credit to Louth they battled back putting Tyrone under pressure and were rewarded with several scoring opportunities.

The Tyrone backroom team will be encouraged by the strength and depth of the squad and the skill shown by the young Red Hands. They will be hoping to repeat this effort in their second game this weekend against Monaghan.