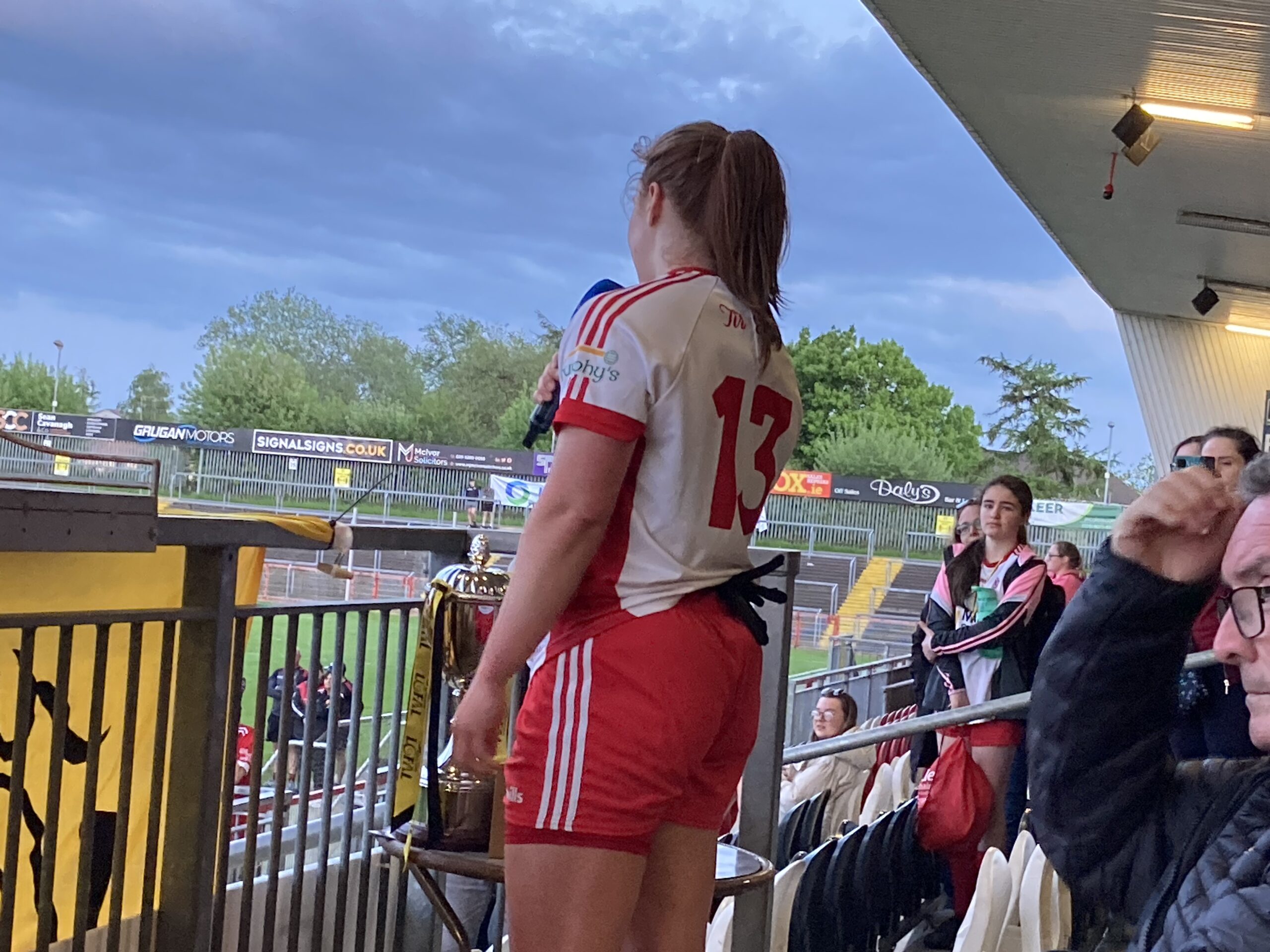 Tyrone senior ladies faced Down in the Ulster Intermediate final at O’Neills Healy Park on Saturday evening and came out on top on a scoreline of 2-15 to 1-10. Sean O’Kane’s team had looked very much in control during the opening quarter as their running game caused the Mourne girls all sorts of problems. They will be concerned however by the manner in which they lost their way at times after the break as Down worked their way back into the match.

Niamh O”Neill opened the scoring in the first minute with a fine point. Chloe Mc Caffrey added a second before team captain O”Neill pounced on a half chance to hit the net and put Tyrone 1-2 to no score ahead. The Red Hands were denied a second goal moments later when Down keeper Caroline Kennedy made a superb stop from Chloe Mc Caffrey. 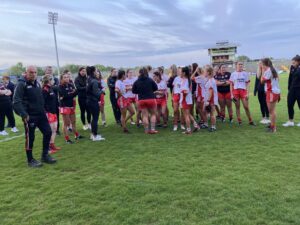 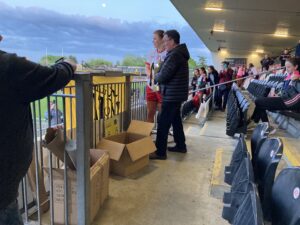 Tyrone moved 1-5 to no score ahead following another Mc Caffrey point but Down responded with a Natasha Ferris point and a goal on twenty minutes from Sarah Dougherty to bring Down back into the contest. Tyrone however regained control and hit four unanswered points from Mc Caffrey (2), O’Neill and Sasha Byrne to go in at the break leading 1-9 to 1-1.

The Red Hand girls were expected to pull away from their opponents in the second half  but in spite of enjoying lots of possession and adding four points inside the first ten minutes from Chloe Mc Caffrey (2) and Niamh O’Neill (2) Tyrone were unable to shake off their opponents who were much improved after the break. Meghan Doherty, Jessica Foy, Natasha Ferris and Catriona Caldwell carried the game to their opponents clipping over four fine points. Alice Mc Alea added a fifth as Down began to mount a challenge. Full forward Ferris landed two further points as the gap closed as Down began to enjoy more possession and create chances.

Points from Niamh O’Neill and substitute Lucy Mc Alary steadied the ship and with time running out Down added two further points. However a late Lucy Mc Alary goal concluded the scoring to leave the final score Tyrone 2-15 Down 1-10.