Home | COUNTY | Tyrone Minors Get Off The Mark

COUNTY | Tyrone Minors Get Off The Mark 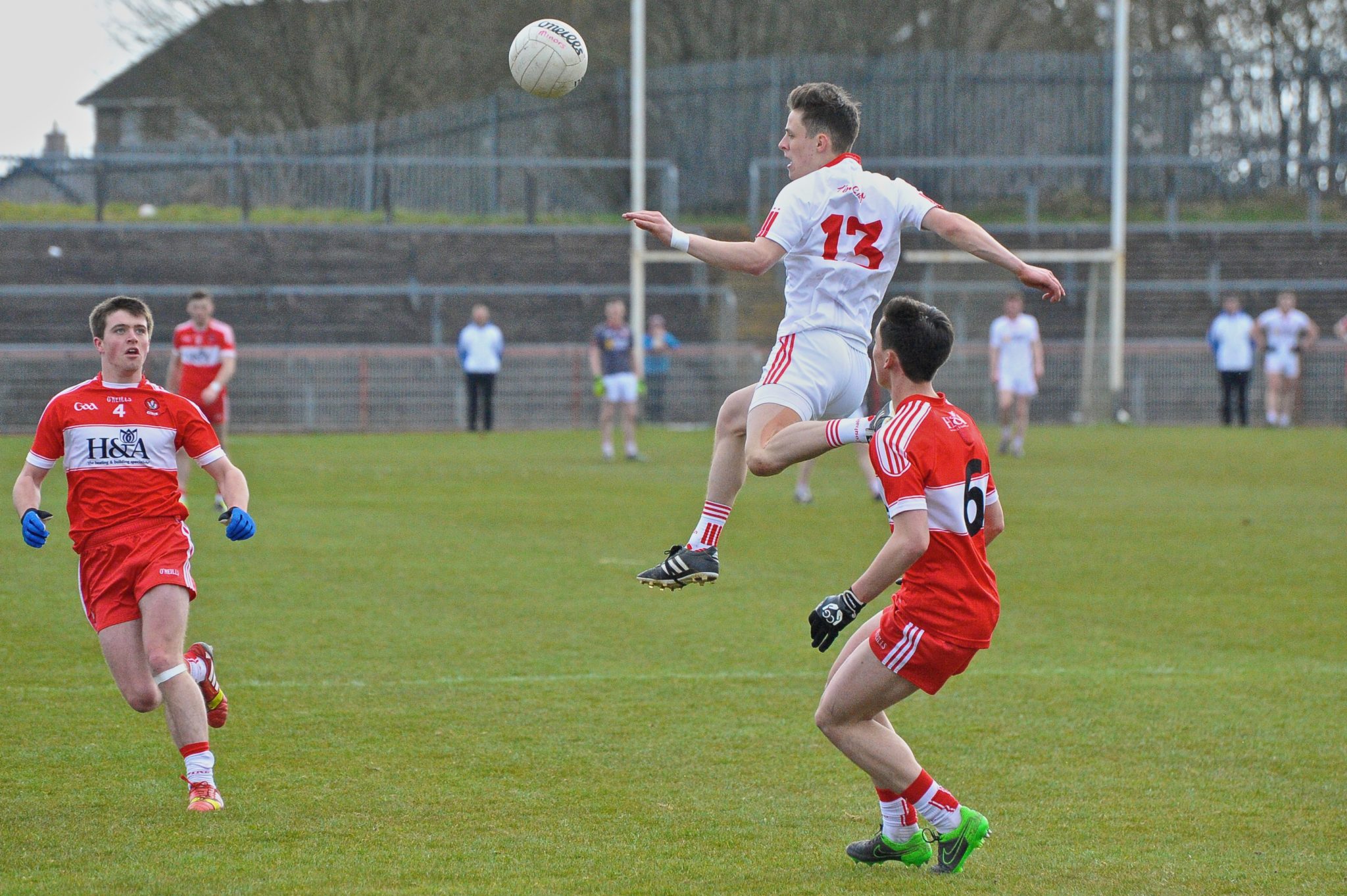 Tyrone minors picked up their first points in this season’s Ulster minor league when they beat neighbours Derry 3-13 to 1-14 at Healy Park on Saturday afternoon.  The sides shared the opening ten points with Emmet McNabb and Tiarnan Corr among the Tyrone marksmen before Oran Sludden bagged an 18th minute goal. The sides were level at the break 1-6 to 0-9 but in the second half Tyrone were the better side with Tomas Carney scoring two goals with Paul Donaghy weighing in with a number of quality points as well. Derry got their goal late on through substitute Larry Kielt but it was only a consolation score at that stage.