Tyrone Stars Call It A Day.


While his club mate Ryan Mc Menamin has announced that he has made himself available for selection for the county team in 2011 Colm Mc Cullagh has finally called an end to his county career. The former Irish League soccer player had announced his retirement from county football at the start of this season but was persuaded to reconsider after approaches from several of his team mates. Colm returned to the fold in the hope of helping his county win a fourth All Ireland title. However he was only used sparingly in the campaign and his last outing for the team was as a cameo appearance in the Ulster Final against Monaghan.

The Dromore captain of course has a young family and with increased work commitments he has decided to call it a day. Tyrone’s loss will be Dromore’s gain as Colm will now be able to concentrate his talents solely on club football. The mercurial centre half forward has one of the best left feet in the country and many felt that  his ability to pick a pass or take a score were just what Tyrone were missing in their quarter final loss to Dublin. Indeed the blonde haired Dromore man probably had his best ever game for his county against Dublin in the 2008 quarter final when he produced a master class of movement, ball winning, passing and score taking.

Ryan Mellon has also decided to call an end on his county career and it has come as no great surprise as the Moy man struggled to regain the form that saw him play such an important role in Tyrone’s All Ireland wins in 2005 and 2008. Tyrone supporters will have great memories in particular of the points he scored in the 2005 final when he produced a fantastic display at wing half forward. Both these players have given fantastic service to Tyrone and the hope is that they continue to display their talents for their clubs for many years yet. 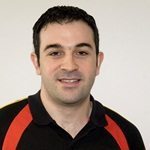