Home | Tyrone Take On Longford With Final Place At Stake.

Tyrone Take On Longford With Final Place At Stake. 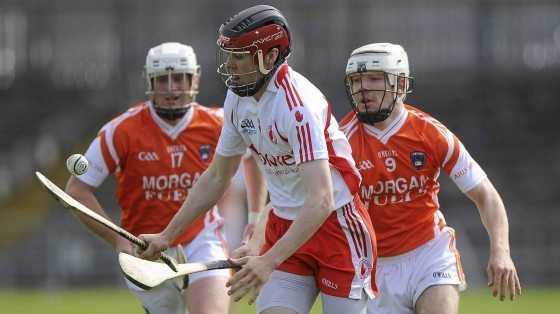 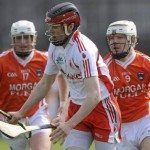 The Tyrone senior hurlers may have one foot in the Division Four NHL Final, but they will be taking nothing for granted, when they entertain Longford in their final league fixture, at Omagh on Sunday.

Tyrone sit proudly at the top of the table with seven points out of a possible eight and, with the top two teams progressing to the Division Four final and a shot at promotion, barring a total collapse this weekend Tyrone look set to provide one half of that final pairing. As it presently stands South Down and Fermanagh are also in the title equation.

South Down travel to whipping boys Cavan, while Fermanagh face a trip to neighbouring Leitrim and, should Tyrone confirm their final placing then South Down would be the hottest of favourites to provide their final opposition, as victory over the Breffni men would move the Mourne men onto eight points in the table. Fermanagh can only finish with seven points.

Of course Sunday will be more than just a routine outing for Tyrone because the Midlanders will provide Tyrone with their opening round assignment in the Lory Meagher Cup, when the competition begins next month.

Tyrone manager Tom Magill stated at the start of the season that promotion was the ultimate aim and, too date Tyrone have produced some impressive performances to suggest they are more than capable of making the step up into the higher divisions.

Interestingly Longford have also posted 10 goals in their campaign while they have registered 55 points for a scoring aggregate of 85 points. Six of those goals came in the landslide 6-23 to 1-1 win over Cavan. They have leaked 8-40 (64 points).

Longford may be sitting in the lower half of the table with four points following successive wins over Leitrim (3-8 to 2-15) and that aforementioned Cavan mauling. They have the ability to cause Tyrone problems and given the fact that these two sides will meet in a little under one months time in the Lory Meagher Cup, the Leinster men will travel North eager to give Tyrone plenty of food for thought.

John O’Brien, Sean Browne, Anthony Corcoran and Eoin Donnellan have all produced impressive displays. Longford have proven to be something of a problematic side for Tyrone in recent years but given the Ulster men’s performances too date, they have shown that they can adapt to whatever challenges are thrown at them.