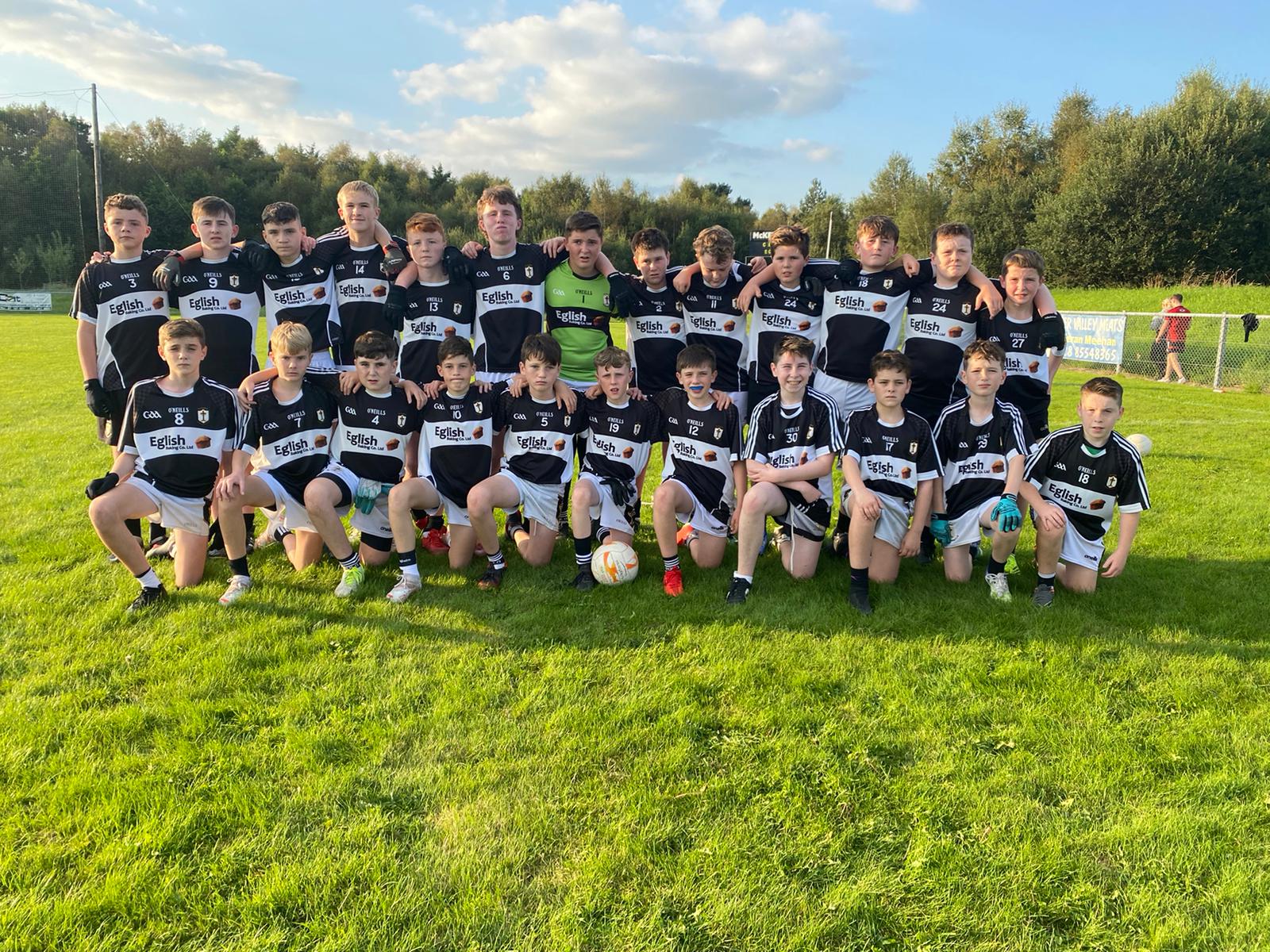 Eglish and Carrickmore must meet again to decide the destination of the grade one U13 League title after they couldn’t be separated in an epic encounter at Father Hackett Park in Augher on Wednesday evening.

It was a contest that was laced with quality throughout from two well matched sides with extra time even failing to divide them and thankfully they decided that penalties weren’t the way to determine the winners. A Brian McGuckin free opened the scoring for Eglish before Carrickmore struck for goals from Padraig Donaghy and Conor McPhilips. That proved to be their only scores of the opening period but they still led 2-0 to 0-3 at the break, McGuckin with another brace of frees for Eglish.

Eglish made a great start to the second half with points from Rory O’Donnell, Caolan Fox and McGuckin either side of a James Daly goal. Carrickmore though responded with a second McPhillips major followed by points from Pheilm McCrory and Ryan Donaghy. Carrickmore looked likely winners but a late Fox goal sent the game to extra time.

Understandably both sides tired in extra time but Padraig McCrystal and Daly traded goals before Carrickmore got their fourth major. Eglish though refused to throw in the towel and a late McGuckin point earned Eglish a deserved replay.