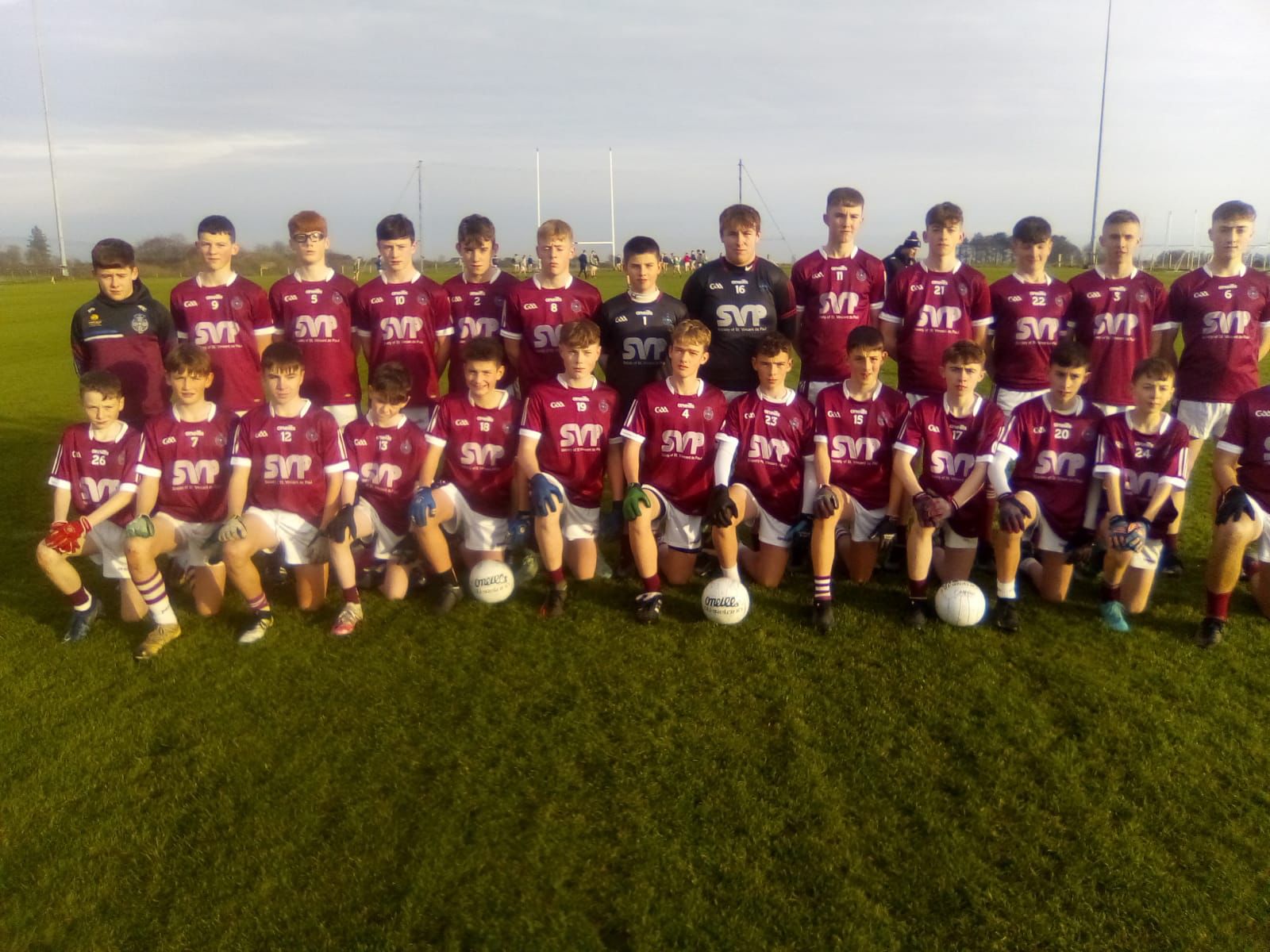 Omagh CBS 3-22 St.Pats Armagh 1-7
Omagh CBS will now face Our Lady’s Secondary School Castleblaney in the Corn na nÓg semi final after a comfortable victory over St Pats Armagh in their last eight tie.
Conditions were perfect at Kildress as was the pitch which is a credit to the Wolfe Tones club. Peter Colton kicked some fine scores in the first half alongside fellow Fintona club mates Padraig Goodman and captain Diarmuid Martin.  A brace of goals courtesy of Beragh Red Knights club mates Eoghan Donnelly and Cathal Farley left the game over as a contest at half time, 2-14 to 0-03.
Colton continued to convert some fantastic free kicks and Goodman struck the net for a well taken goal at the end of a move started by corner back Ryan Baxter. Killyclogher were well represented in maroon jerseys with Oliver Barton, Christie McRory, Charlie Meenan, Ciarnan Devine and Adam Dolan all playing well. Devine hit 2 points and centre back Barton hit a sweet point with his left foot. Trillick’s versatile Aodhan Corry impressed and covered a lot of ground, whilst Omagh’s Cathal Cunningham and Fintona’s Tom Gallen were tenacious in defence.