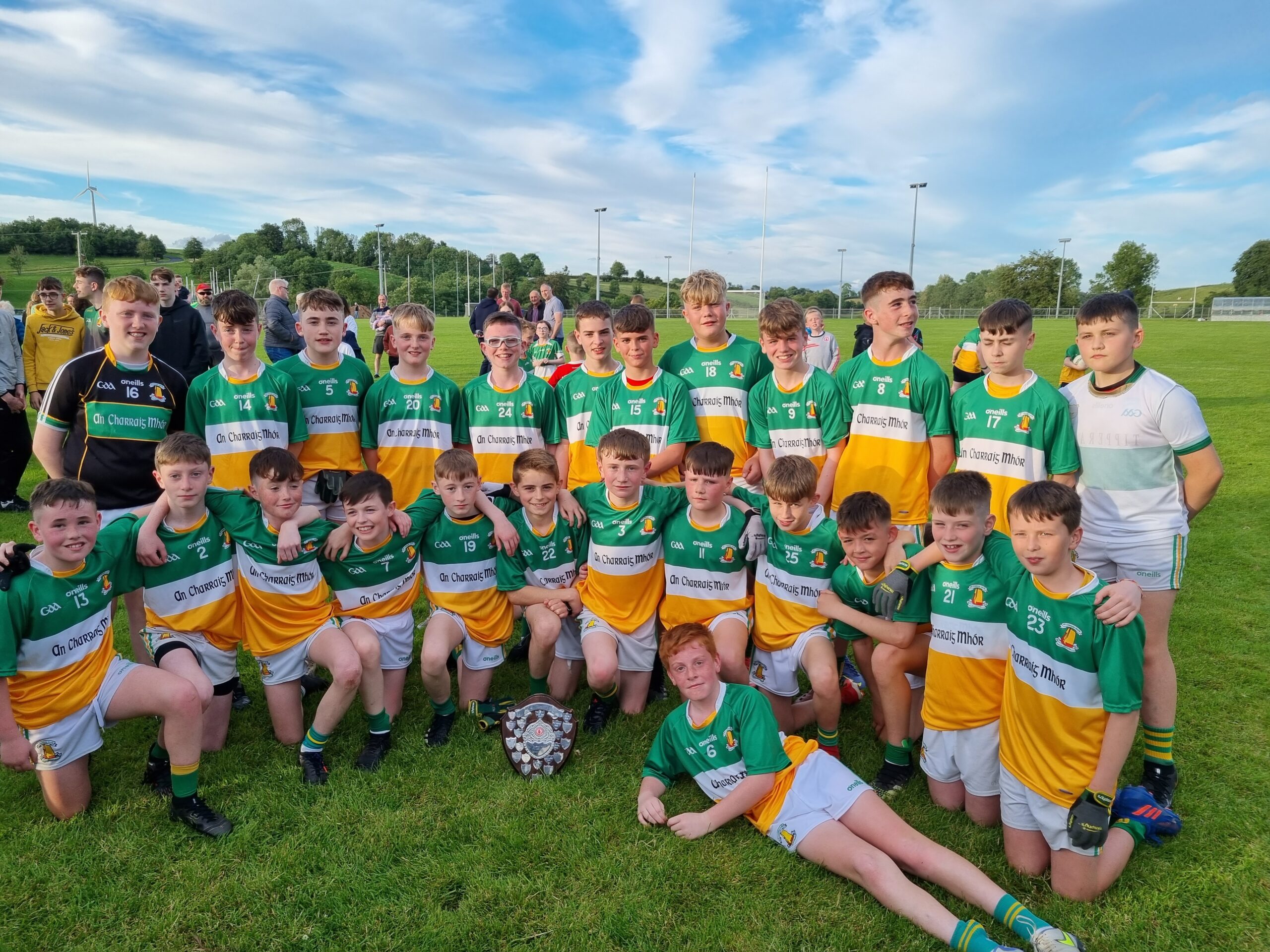 Carrickmore produced an outstanding display of attacking football to win the grade 1 U13 Championship title when overcoming a gallant Eglish side at Father Devlin Park in Donaghmore on Thursday evening.

It was a contest that pitted together two well drilled sides with the St.Colmcilles emerging worthy winners following an outstanding team display. Eglish got off to the best possible start with a goal from midfielder Matthew Daly after only thirty seconds. Undaunted by that setback Carrickmore settled down to play some superb football with Sean Donnelly, Brayden McNally and Vincent Gormley getting them back on level terms before the latter gave them a lead that they were never to lose with a 5th minute goal.

Lochlann Gillen and Brian Og McGuckin exchanged points before Carrickmore increased their advantage thanks to efforts from Conal Loughran and a superb Gormley brace. McGuckin had a brace for Eglish but points from McNally, Donnelly and Gormley left the winners 1-11 to 1-3 ahead at the break.

In the opening moments of the second half Finbar Donaghy grabbed Carrickmore’s second goal of the night and they never looked back. McGuckin scored twice either side of one from Daly but it was Carrickmore who continued to look the better side with Donaghy blasting an unstoppable shot to the top left hand corner of the net. Daly responded with his second major of the night but Carrickmore finished strongly with points from Donnelly and centre half forward Gormley to take the silverware. 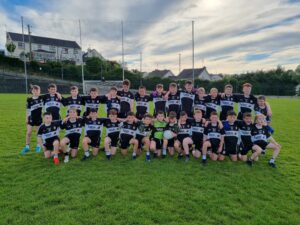