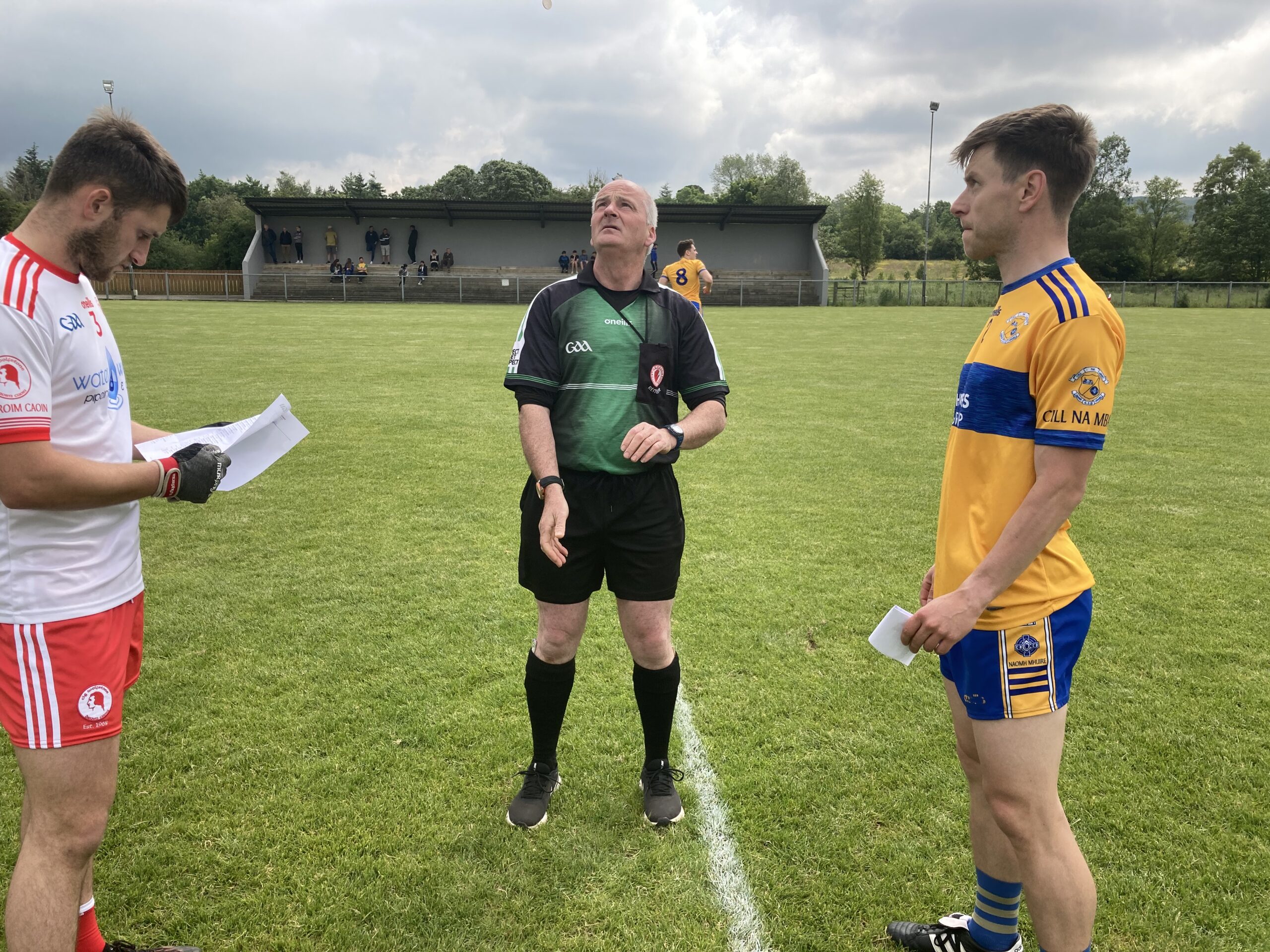 Drumquin hosted Killyman on Sunday afternoon with both sides in need of a win. After a competitive hour’s football it was the home side that emerged victorious on a score line of 3-15 to 1-8. Drumquin’s greater scoring threat proved the difference with Sean Mc Donagh and Mattie Mc Dermott landing 2-9 between them.

The home side dominated possession during the opening half and should have been further in front at the break but for some profligate finishing and a goal for Killyman on the stroke of half time from Darragh Morgan. Half time score 0-9 to 1-1 in favour of Drumquin.

Any hope of a comeback for Killyman was extinguished shortly after the restart as Drumquin scored two goals inside a minute to lead 2-9 to 1-1 with less than three minutes of the second half played. Sean Mc Donagh and Mattie Mc Dermott were the men on target. The game as a contest was over but both sides continued to battle hard for every ball and Oisin Mc Menamin, Packie O’Kane, Mc Donagh and Mc Dermott all added points while Mc Menamin also found the net for his side.

Killyman created numerous chances and enjoyed plenty of possession with Sean Donnelly, Conor Gribben and Gary Hamill all on target. However there was to be no fairytale comeback and Drumquin cruised to victory on a final score of 3-15 to 1-8.