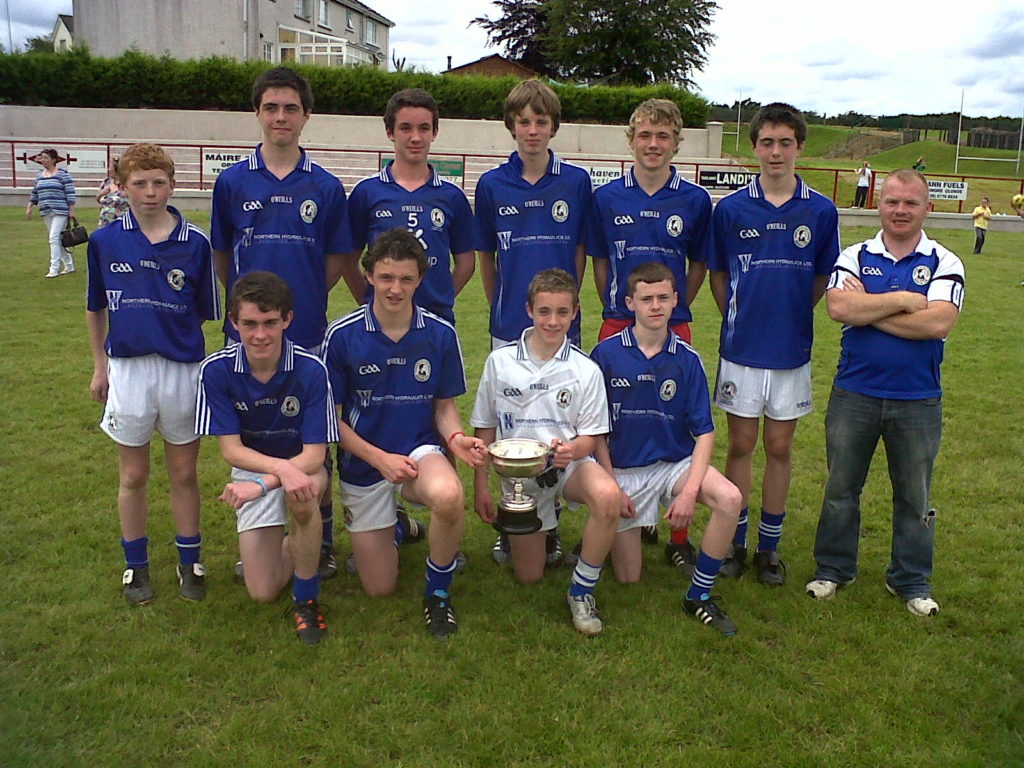 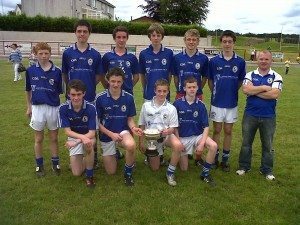 Brackaville hosted the annual Jim Morgan memorial cup U16 seven a side tournament at the weekend and once again it proved to be a resounding success. The competition is played for in honour of Jim who was a great Roes clubman and a total of sixteen clubs took part from six different counties. At the semi final stage though it was an all Tyrone affair with Stewartstown taking on Coalisland and Clonoe meeting Galbally. The Harps, who won the Ulster Og Sport title last season, got the better of a Fianna side who had required extra time to beat Eglish in the quarter final while the Pearses had five points to spare over the O’Rahillys. The final was a close, hard fought encounter and it took a last gasp goal from Galbally to win it on a 2-8 to 0-11 score line.