Home | Moortown Back in Senior Football

Moortown Back in Senior Football


Moortown St Malachy’s returned to the top flight of All County League football this afternoon with a well deserved six point victory over a tired looking Kildress team.  It looks like the two games against Aghyaran really took it out of the Kildress men and they will now have to content themselves with life in Division 2 in 2011.

The loughshore men got off to a dream start as centre half forward Dwayne McVeigh punched a Philip Muldoon cross to the net inside thirty seconds.  Kildress struck back with a Damian Kelly point from play before Moortown’s Michael Hagan registered his first score of the afternoon. 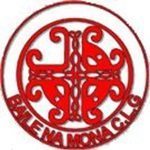 Both sides traded scores throughout the remainder of the first half and Moortown keeper Lee Kelly was in superb form under the high ball helping to clear his lines on numerous occasions.  Midfielder Patrick Quinn and Dwayne McVeigh registered Moortown’s remaining two points of the half while Conor McAleer, Frank McGurk, Paul McGurk and Paul Treacy were all on target for the Wolfe Tones.

Full forward Michael Hagan opened the scoring from a free in the second period following two early wides and the game was effectively finished as a contest as Moortown added a second goal in the 37th minute.  A thunderbolt shot from Ronan Devlin struck the crossbar and was lost in flight by the unfortunate Mark Treacy in the Kildress goal who turned it into his own net.

Kildress did respond in spirited fashion though and dominated most of the possession in the remaining twenty minutes.  Scores from Paul Treacy, Fran Loughran, and Des Treacy dragged Kildress back to three points behind with ten minutes to go.

The remaining minutes of the match saw Kildress camped inside the Moortown half and Damian Kelly could have levelled the scores but his rasping shot narrowly missed the top left hand corner with three minutes to go.

With thirteen players attacking Kildress were always open to a break away goal and that’s exactly what happened in the 59th minute as Moortown worked the ball into lone attacker Dwayne Quinn to fire to the net.