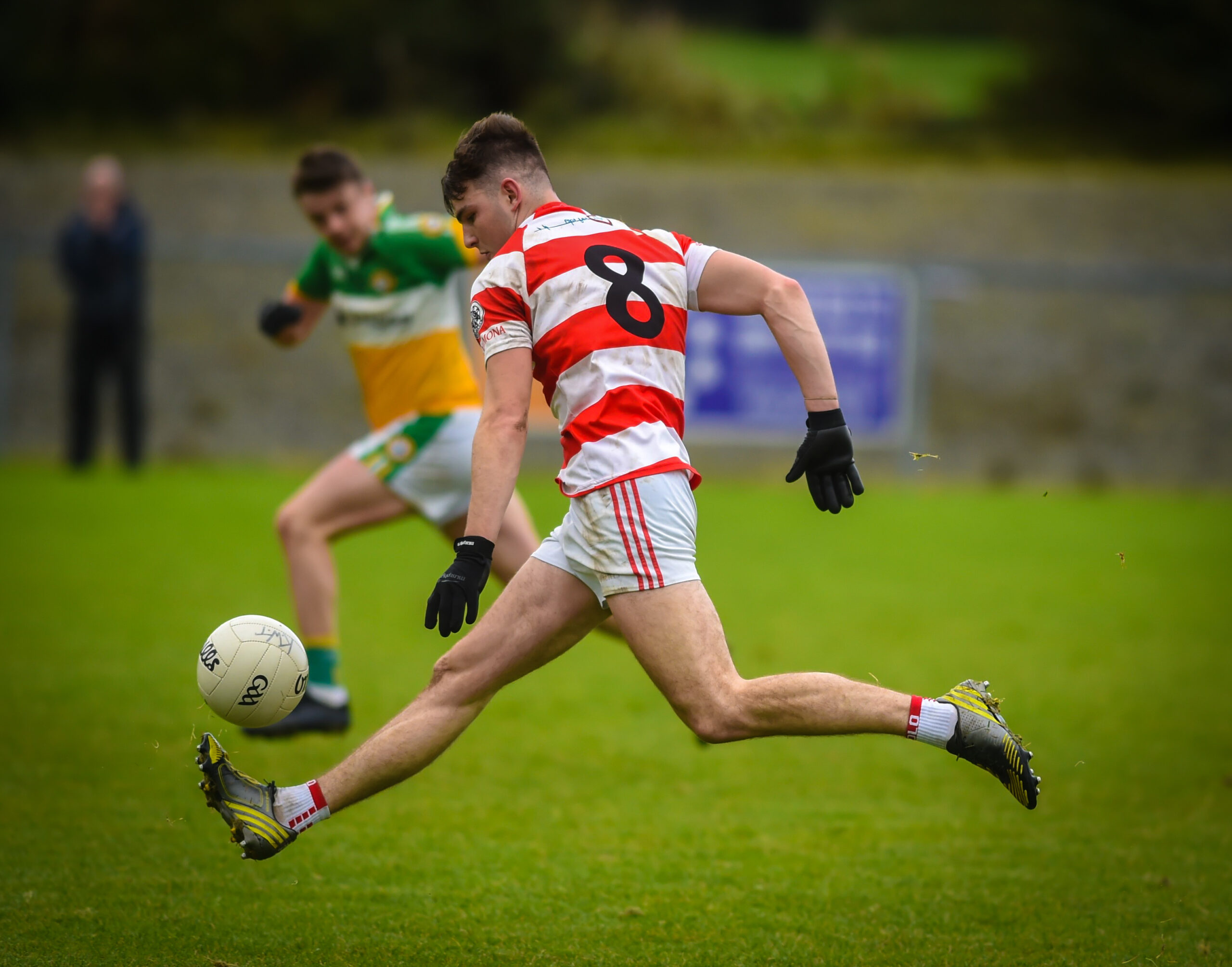 Moortown St Malachy’s may not have the best of championship records in recent times but that’s not something that’s occupying the minds of the present group of players who now have a Tyrone Intermediate Championship semi final to look forward to following victory over Kildress in Loughmacrory this afternoon.

The loughshore men led by four points at the short whistle 0-8 to 1-1 but the scoreboard would hid the fact that they in truth dominated the opening half.  Peter Devlin and Brian McLernon had Moortown two points ahead by the 6th minute ahead of a Kildress goal from Matthew McGuigan three minutes later.  Devlin added his second point in the 11th minute and Moortown had goalkeeper Colm Speirs to thank for a wonderful save just ahead of the first water break.

Kildress regained the lead in the 19th minute thanks to a nice point from Jonathan Connolly who fired over off the outside of the right boot.  Three more points from Peter Devlin eased Moortown back into a two point lead before points from Conor Quinn and Shaun Conway in injury time sent the St Malachy’s men into the break four ahead at 0-8 to 1-1.

Peter Devlin opened up the scoring after the break before Mattie McGuigan thumped over two points for Kildress.  Moortown midfielder Tarlach Quinn might well have fired to the Kildress net in the 40th minutes but his shot went narrowly wide.

They didn’t take their foot off the pedal though.  Ryan Kelly showed great strength and determination to kick his point and that score was followed up by another from Conor McVeigh who popped up from wing half back to split the posts.  A Mattie McGuigan free completed the scoring ahead of the second water break.

Peter Devlin slotted over another free in the 50th minute before Con Heron extended the Moortown lead to six points a minute later with a free.  Heron was on target twice more in the 53rd and 59th minute.  Kildress did manage to register another score from Mattie McGuigan who slammed an injury time free off and over the crossbar.  The final score of the game came from Moortown’s Thomas Doris.