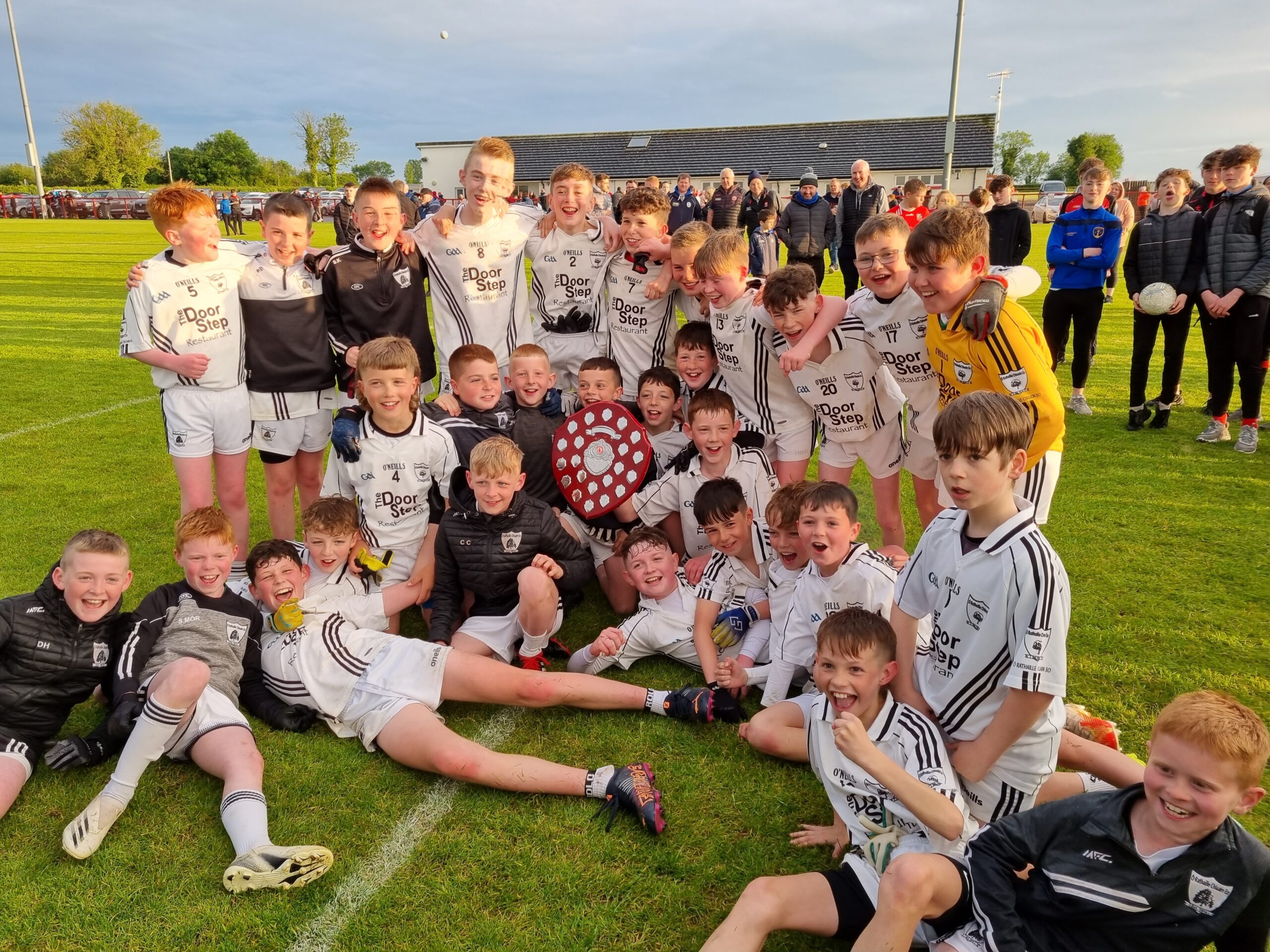 Clonoe lifted the grade two U13 League title when they were worthy five point winners over a gallant Galbally side at Stewartstown on Thursday evening.

A good start to both halves proved key for the young O’Rahillys as they established a big enough lead that saw them able to repel a spirited late push from the Pearses who threw everything at their opponents in the closing stages. It was a contest that was laced with good scores from both sides while the defence play from both teams was also of the highest order with the art of blocking very much to the fore.

Midfielder Eunan Shields had the opening two scores for the winners from frees before Ryan Connelly increased their advantage. In the 10th minute Conor Taggert bagged the first goal of the contest and when Jack O’Neill, Ben O’Neill and Taggert tagged on points Clonoe were in control. Gradually though Galbally began to come into the game and they landed the last three scores of the half through Tiernan Corrigan (2) and Finbarr Quinn to leave it 1-6 to 0-3 at the break.

Within a minute of the restart Eoghan Colton scored Clonoe’s second goal to leave them well on top and Galbally had it all to do. Ben O’Neill, Charlie Taggart and Eoin Ferguson tagged on points for the winners as Galbally struggled to get going. To their credit though the Galbally defence stood firm with a number of great blocks as they slowly fought their way back into contention.

Corrigan converted a free to open their second half account before Quinn got their first goal. Time wasn’t on Galbally’s side but they refused to throw in the towel and they narrowed the gap further with a goal from Corrigan. Clonoe though didn’t panic and when the final whistle blew they were worthy winners on the night.