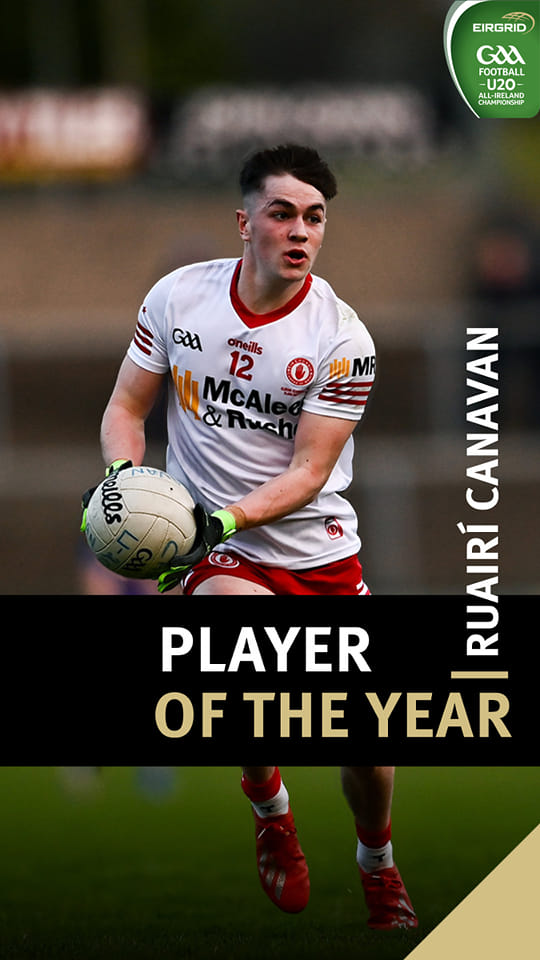 Tyrone under 20 star Ruairí Canavan has been named EirGrid U.20 Player of the Year 2022 following a series of superb performances on the way to lifting the All Ireland title. Tyrone defeated Cavan in the Ulster final followed by a hard fought win over Kerry in the All Ireland semi final. Canavan was outstanding for his team in both of those games before rounding the competition off with a man of the match display against Kildare in the final itself.
Ruairí has also just recently picked up the Ulster U.20 Player of the Province Award.
TTM wish to congratulate Ruairi on his latest success.